What is a Coaching Mindset and How Do You Get It and Maintain It? 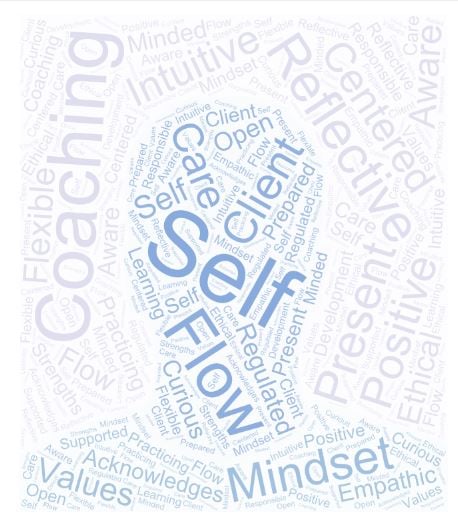 It's called: Maintains a Coaching Mindset.

This post will clear up confusion about what a Coaching Mindset is, why it matters, and how you can develop and maintain it. Because once you understand this, a doorway opens that makes masterful coaching possible for you.

The first thing to know is that this competency is demonstrated both outside coaching sessions as well as during coaching. In other words coaching, with its expansive positivity, curiosity, presence, and acknowledgement isn't something you just do for an hour or two and then revert to thinking and acting small. Thinking like a coach is a 24/7 commitment.

Maintains a Coaching Mindset helps counter the misconception that coaching is merely a performative skill set.

The ICF definition of Maintains a Coaching Mindset is:

Develops and maintains a mindset that is open, curious, flexible and client-centered.

Coaches need to show up this way during coaching sessions because it helps raise the client's receptivity and resourcefulness, which are key to the client's success. Great coaches do more than help clients solve their problems. They help them grow into people who stop having those problems. Plus, coaches need to show up this way outside coaching sessions in order to maintain trust and respect with clients.

Because, almost anyone can learn the communication techniques of coaching. But until they learn to think like a coach, that will limit their clients' outcomes and growth, and it will also limit the coaches' careers, because clients won't want to work with them. Why not?

Potential clients naturally mistrust coaches who are closed-minded, incurious, rigid, or self-centered; even if just a little bit.

So how do you develop and maintain a coaching mindset? Here are several approaches:

Coaching Accountability Isn't What You Think It is 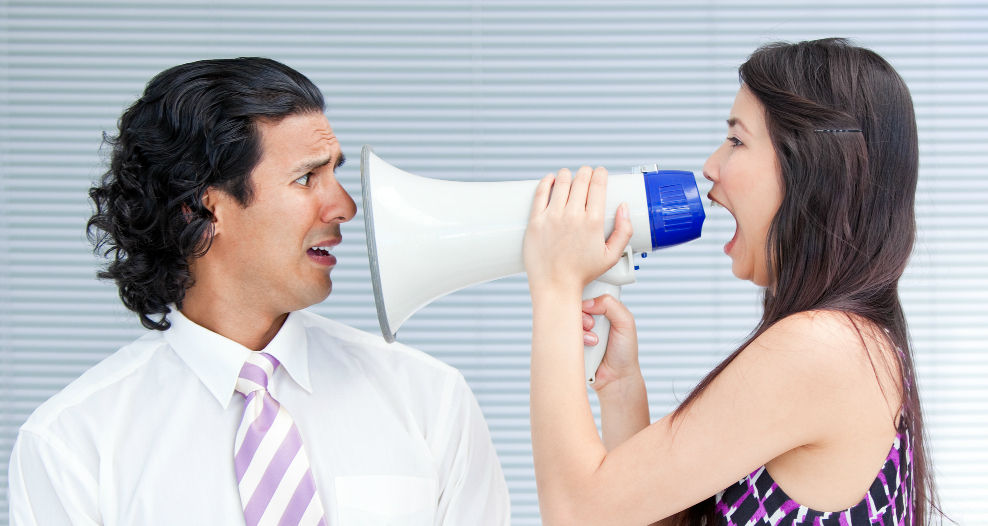 Managing Progress and Accountability is an ICF Core Coaching Competency that is frequently missed when coaches apply for certification, according to ICF certifiers.

I could be wrong, but I think the name, itself, confuses coaches. It sounds like the coach literally manages the client and holds them accountable to achieve their goals the way an employer might, but that's not what helps clients progress, and it's really not what ICF certifiers are looking for.

It's time somebody told you the secret of motivation and it has nothing to do with holding your clients accountable...

Here's why: Have you ever caught yourself being stubborn with someone (your friend, sibling, spouse, perhaps) about something you really wanted to do but you were only willing to do it your way or not at all? Or has someone ever told you that you need to change something about yourself, and even if you agreed with them, you didn't do it? Or do you ever ask for advice and then don't follow it?

If yes to any of these, you're normal. People naturally resist doing what others tell them to do and unless that other has something important to hang over their head, like their job, they often won't do it even if they want to.

We all get a little negative in these situations and that negativity has power over us that most people underestimate.

Here's an example: An SCM graduate just posted a meme on Facebook that said she never shares memes that say, "I bet I won't get even one share," even if she otherwise likes the meme. I don't share them, either. In fact, I did an impromptu poll once on my Facebook feed to see if others shared them. Nobody did. They're annoying.

Subtle levels of negativity, defensiveness, resistance, anxiety, or irritation of any type trigger the fight, flight, or freeze response unconsciously, which in turn delivers a cocktail of stress hormones, like cortisol, which can stay in the blood stream for quite a while and hold the client back from taking action. Essentially, they freeze.

So if a coach presumes to manage a client in any way, especially by checking up on them, or requiring the client to check in with the coach, or in any way holding them accountable, there's a good chance that will backfire. Don't do it.

What does work? A recent article by researcher, Richard Boyatzis and colleagues, at TrainingIndustry.com, offered five possibilities that have been found to help people change. Boyatzis is well-known for his research and teachings on coaching, emotional intelligence, and leadership. His change theory of positive emotional attractors (PEAs) v negative emotional attractors (NEAs), which roughly translate to positivity v negativity in positive psychology terms, helps explain why some approaches to change don't work while others do.

In a nutshell, change is stressful and that releases stress hormones that trigger the fight, flight or freeze response.

Something or someone needs to continually bring the client back to positivity so negativity doesn't prevent them from proceeding. That someone is often the coach.

Goals, alone, aren't motivating unless they are aligned with what matters most to the client, such as their personal values, vision, mission, calling, dream, passion, or life purpose. Any goals, especially challenging goals, that aren't aligned with the client's bigger picture, are unlikely to provide sufficient positivity to carry the client forward.

Growth and Transcendence aren't just a byproduct of great coaching.

They are necessary ingredients that help our clients reach their goals. That's why the IAPPC focuses on them instead of accountability. So, we need to help link their goals to what really inspires in order for them to succeed.

Membership in IAPPC is free for a short time longer. We will be certifying current members for free in the first half of 2022. 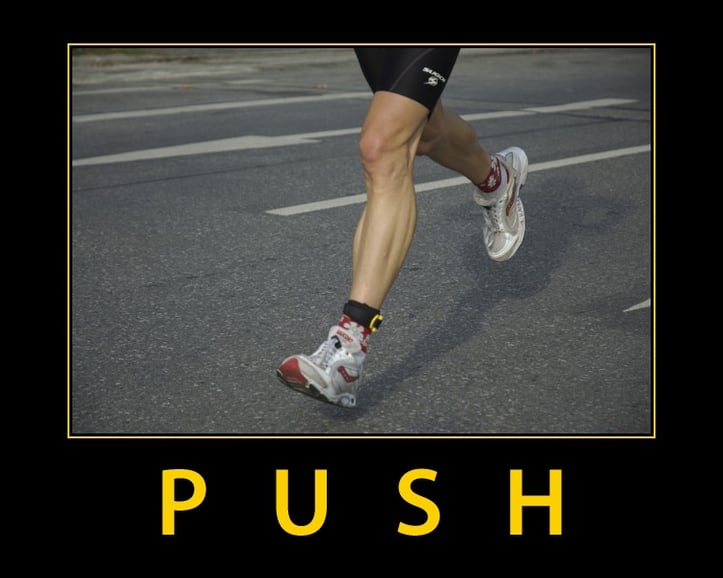 Ah January, the beginning of a new year. It's the month to make resolutions and the busiest time of the year for the fitness industry. This is when you're most likely to be bombarded by motivational tips, tools, pep talks, speakers, posters, efficiency hacks, apps, books, coaching programs, etc., ad nauseum.

When I went to Flickr just now to find an image for this post under the keyword, "motivation", all I got were a zillion motivational posters like the one above. Have you ever wondered why there's so much motivational junk out there?

Because it doesn't work.

For instance, one the motivational posters I just saw has a formula on it: Sweat + Sacrifice = Success. Oh. Didn't that just solve everything for you?

If 99% of existing motivational junk was worth anything, the issue would be solved by now and you and your friends wouldn't be searching for better ways to accomplish what you need to do.

Up until now, if you truly wanted motivation, you had to get another person involved, like a personal trainer. I used to be a personal trainer in Manhattan and one of my clients dubbed me, "Motivation for Hire", because I showed up at her door every night whether she wanted to exercise or not (usually not). I got her healthy again and she felt virtuous when I left, but she paid me about $20,000 per year for that motivation.

I'm going to clue you in for free.

I'm going to share with you a tool that upgrades motivation so much, that people literally can do what they want, when they want, and still get more accomplished than they can with any other approach.

I learned about this tool from the Father of the Coaching Profession, Thomas Leonard, who was one of the most prolific people I've ever known and he did whatever he wanted when he wanted. When I first tried doing whatever I wanted when I wanted, I had a blast and accomplished more on my To-Do list than ever. In fact, I mentioned that to the client above and she said, "If I tried that, I'd never get anything done."

Back then, I couldn't explain how it worked, but now I can.

Thomas called this TrueValues, but I call it your unique values, because it only works when you focus on what matters uniquely to you. Building your life around your unique values is transformative, joyful, meaningful, growth-oriented, and one of the great secrets of success.

It's not just motivating; it's inspiring.

If you have the integrity to identify and live what is uniquely important to you, you will never need another motivational tool, because you literally will be able to do what you want for the rest of your life. In fact, I suspect the reason you have trouble motivating yourself to do what does not matter to you, is because deep down, your heart is telling you your life is passing and you're not doing what you were designed for.

How to discover what's uniquely you?

Decide which of those harmonious reasons are the most important. You should end up with 3-5 of them. Now start making choices based on what fits those 3-5. Your life will begin to improve. When your entire life is oriented around your top unique values, you'll be able to do what ever you want when you want.

If you'd like some help with this, find a coach, below. 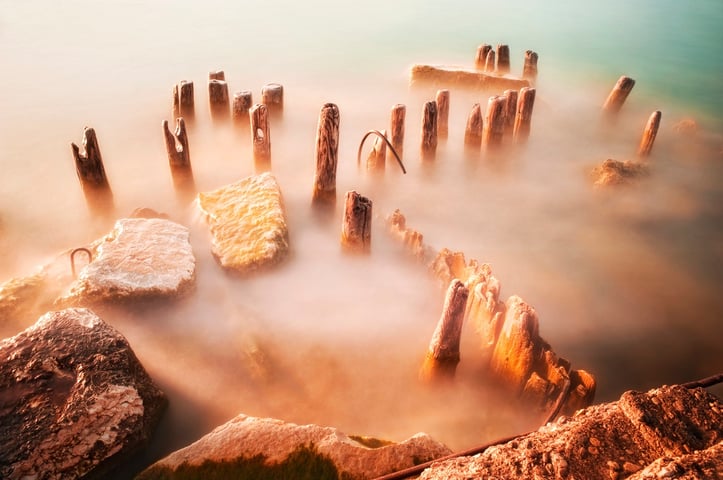 Positive psychology has been ignoring what matters most in life.

Because for on thing, the way most people talk about this missing link just isn't sexy. That's because it's been presented to most of us as a "should" (something we should care about and act upon), rather than what it really is: completely unique and personal to each of us.

When we approach this missing link from our uniqueness, it becomes inspiring.

When we approach it from what's been imposed upon us, as a "should", it deflates us. No wonder we don't talk about it! Some coaches even think they should avoid asking questions about it!

I'm talking about what matters most to you: your personal values.

These are often not the same as what you parents, schools, religious, or political leaders taught you to value. Taught values help us fit into society. They make us homogeneous. They may be uninspiring, but you find yourself living your life around them - and then wondering why your life feels flat, boring, or lifeless.

Personal values are unique to you, uniquely energizing and inspiring to you.

Recently some fascinating research was done on values under the guise of mindfulness, a positive psychology tool that is so thoroughly researched, it has its own research journal called, Mindfulness. It's well-known that practicing mindfulness leads to greater wellbeing, which is the ultimate measure of positive psychology. New research shows people who practice mindfulness are more likely to act on their values. Current research is attempting to prove whether lived values are the main reason mindfulness increases wellbeing.

Personal values contain the blueprint for your calling in this life.

Nothing could be sexier! And like finger prints, everyone's values are unique. Unfortunately, most people have no idea what their personal values even are.

Here are a few more important points about personal values:

All of the above is wonderful, but most people don't even know what their personal values are and often we confuse our needs with out values and needs are a whole different thing.

We can't make the most of our lives without identifying and activating our true values.

Values are the missing link in wellbeing.

The Certified Positive Psychology Coach program thoroughly integrates strengths and values and two modules that focus on values are coming up soon: The Psychology of Values and Personal Evolution and Coaching Values, Needs, and Strengths. Each course can be taken individually and is approved for 8 IAPPC credit hours.

Coach with the missing link of positive psychology and help your clients achieve what matters most to them.