Coach Certification: Should the ICF and IAC Change How They Certify Coaches?

The ongoing debate about coach certification, coaching qualifications, and the profession of coaching was raised again today by Kerryn Griffiths, who runs ReciproCoach (an organization that has formalized the old laissez faire practice of buddy coaching, as a method of gaining practice for coaches) in an article called, "Where is coaching regulation headed?" Her article, which is only available to members of ReciproCoach, offers the rather alarming proposal that currently certified coaches might not be allowed to coach, anymore. While I disagree that this is a legitimate worry, I share some of the questions raised by Kerryn, as well as by the authors of a research paper liberally quoted by her: "From Competencies to Capabilities in the Assessment and Accreditation of Coaches (Bachkirova and Smith, 2015).

The process of certifying coaches based on competencies dates back about 20 years and it has been challenged many times. Does it really measure quality coaching? Do certified coaches really coach any more effectively than those who aren't certified? Which certification process is best? What does the research say?

I've been grading coaching sessions using coaching models invented by me, or by Thomas Leonard, or by the ICF, or IAC for over twelve years. What I can tell you is that none of the models I've used is perfect. They all miss possible approaches to coaching, because coaching is a process created in the moment by coaches and their clients and coaching models are all based on past experience.

Also, the coaching models currently in use by the ICF and IAC are not based on research, mainly because they were created before much research had been done on coaching. However, some recent research supports the skills the IAC and ICF advocate. For instance, asking is indeed usually more useful than telling and asking, "how?" tends to be more useful than asking, "why?".

My main complaints with both ICF and IAC certification models is that they really are both styles of coaching; they do not represent all good coaching. If you sent me two recordings of coaching sessions, one that passed ICF certification and the other that passed the IAC, I'm pretty certain I could tell you which was which. (Come to think of it, please don't send me any coach recordings. I'm busy enough, thanks.)

Also, competency-based coaching (the IAC calls their IP, "masteries", but the certification is still competency-based) has a way of limiting options and it encourages a tendency toward perfectionism in both coaches and certifiers. Perfectionism is fear-based (fear of being found flawed) and leads to constriction, limitation and less innovation; hardly good qualities for coaching.

In my opinion, there are at least a thousand styles of coaching that could be effective with the right clients in the right circumstances and most haven't been invented, yet.

A few years ago, I started telling my students who sat for certification, "Surprise me. I'd love to learn something new from you." And a few of them have, indeed, opened my eyes to new possibilities. Most coach certifications aren't like that.

But research has its limitations, too. Findings are sometimes only valid within a very narrow set of conditions and sometimes researchers miss or confuse what's really going on. In the end, all we ever have is our best guess. That doesn't mean we shouldn't investigate, only that we need to hold our findings lightly.

So is it worthwhile getting certified? I think it is. For one thing, most coaches want to be certified for some great reasons. Plus, if you can shoe-horn yourself into one of these coaching styles, you probably have many coaching tools in your tool belt and you know how to use them. Don't worry if every session you do wouldn't pass. Do remember that these coaching styles represent less than 1% of what may be effective. A few years ago, I suggested Tony Robbins couldn't pass ICF or IAC certification. What's the difference? Here's a brief comparison of ICF and IAC certifications.

New certifications and certifying organizations may come along. They might be better. Bachkirova and Smith offer an interesting model based on capabilities. I'll need to hear it in action before I jump on board. Presumably, they will research it, first.

My personal opinion is that most certifications focus too much on the coach and not enough on the client, where the evidence of success can be observed. Does the client open up to more possibilities, have insights and increased clarity that lead to enthusiasm, growth and solutions, plus action plans, supportive infrastructures and next steps? If clients are revisited days or weeks after the coaching, will certifiers find that they followed through on plans made during coaching and their lives are indeed transformed? If so, who cares how the coach got them there? The ICF and IAC do look at these, but I'm suggesting they mostly look at client outcomes, rather than coaching behaviors. I'm guessing researchers will be looking at both.

When enough research has been done, maybe - this is a BIG maybe - coach certification will be perfected.

In the meantime, the ICF is the main game in town. The IAC offers an alternative, but needs to certify a lot more coaches to stay competitive. I've heard a suggestion that they let their licensees start certifying coaches for them and that may be a great solution. In any case, if coaching is ever regulated in your country, being certified by the ICF or IAC will likely grandfather you in.

Coaching schools, such as School of Coaching Mastery, often offer their own coach certifications. 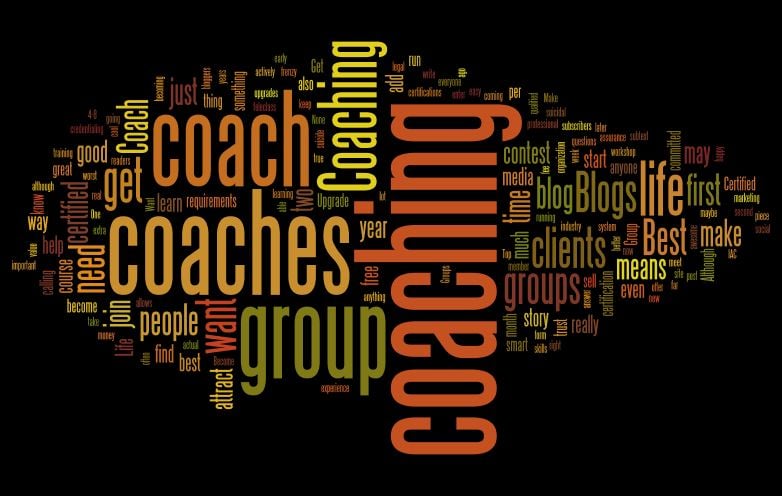 As our name suggests, at School of Coaching Mastery, we specialize in Master Coach Training. So we've developed quite a bit of expertise around master coaching. It's a whole different approach. One that's recognized and valued by both the ICF and the IAC.

Here are the Top Ten Benefits of Becoming a Master Coach:

I've dedicated my life to master coaching, yours and mine. Are you up for it? Because if you are, the next Master Coach Training, 32-hour program, including 20 hours of advanced practice, starts soon and special pricing is available for a limited time.

This is what I live for. Hope to see you there!

Is Time Running Out For You to Become a Certified Coach?

Today I got a call from a coach I knew years ago.

He was trying to access the IAC website to finish their online certification test on the old Proficiencies before it's taken down on January 1st and wondered if he still had time to get certified.

Yes, there's still time - three days. So, if you haven't gotten certified in the Proficiencies yet, then it's probably time for you to begin studying the Masteries! ;-)

Are the Masteries just the old Proficiencies with different language? No.

I taught Thomas Leonard's Proficiencies for years. They were a big upgrade in coaching technology at the time. Teaching them was priceless learning for me AND now that I'm teaching the new Masteries, I'm quadrupling what I'm learning.

I'm also shocked (and thrilled) to see how fast new coaches are learning mastery, using SCM's unique approach to coach training. When I reflect on the teleclass format we used at the schools I studied at, as well as those I previous taught at, all I can say is "WHAT WERE WE THINKING??"

Of course graduates of those coaching schools got stuck in limbo, neither masterful nor successful, when their primary way to learn coaching was to get on a phone line and listen to somebody else talk about coaching (while students answered their email, cleaned house, or - like me - worked out)!

You need to be fully engaged in class, using new skills as soon as you learn them and getting precise feedback right away from an expert, so you can step into mastery immediately. Otherwise, you could spend a lifetime in triads and study groups without ever knowing if you're getting it right or not.

I've been preparing coaches for IAC certification since it came into being, because it's based on the one thing clients care about: masterful coaching. And these current newbies are going to coach better than us veterans pretty soon. Exciting - and kinda scary!

Anyhow, if you missed the boat on Proficiency-based certification, don't fret. You can still get certified in the Masteries and if you want to blow the top off your own coaching ability - and make sure you actually get certified this time - then take this opportunity to join SCM's Certified Coach Training Program.

It's for experienced, trained coaches who intend to be the best at what they do. You'll be challenged, your skills expanded, your confidence solid, your mastery unquestioned. (And we'll pay your certification fee!)

Are you a new coach? We have a program for you too!

Let's do great work together!