Should You Become a Coach in the Age of Disasters? 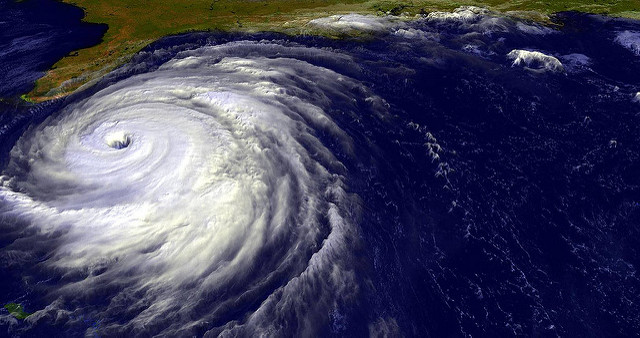 On September 11th, 2001, all my New York City clients canceled. My coach, in California, also canceled. I canceled a cardiac stress test, because all day my heart was pounding. My coaching school continued classes.

Like everyone in the US, my thoughts were primarily about the calamitous attacks on NYC and Washington DC. Although, as a New Yorker, the World Trade Center attack loomed larger for me,

At the time, I was studying to become a coach while running a busy personal training business. After 9/11, I wasn't sure ideas like "live your best life" made sense, anymore. I was afraid I would lose my personal training clients and that nobody would want to coach with me, because the world seemed completely different. What mattered before seemed utopian. What mattered now was a much uglier side of life.

After we rescheduled, I told my coach I was thankful my coaching school continued classes on 9/11, because for one hour, on a perfectly horrific day, I did something normal. God, that felt good.

My point is this: Don't assume you know what people will want, in this world of disasters, because what they want will surprise you.

My coach gave me an assignment: to get my first coaching client. Geeze, in this environment?

Gradually, my business got up and running again. My clients told me harrowing stories that had happened to them. One, who worked near the World Trade Center, had had to walk down forty flights of stairs to escape. Another, who worked further away, watched as people jumped from the blaze. Everyone had lost someone.

To my surprise, they all told me they were more committed than ever to working out, because they realized, in this new normal, that they needed to be fit to survive. One of them asked if he could be my first coaching client.

I didn't even need to market; my first coaching client volunteered. He stayed with me for seven years.

Millions of New Yorkers changed after 9/11. In the most capitalistic city in the most capitalistic country, people started putting values ahead of profits and family ahead of achievement. They turned to coaches to help them define their callings and life purpose, and to designed their legacies. Coaching boomed, because there was a new need for it.

Today, I teach coaches from around the world via webinars. Many are from North America, where this summer, the northwest is aflame with hundreds of forest fires, while the southeast is hammered by monster hurricanes and biblical floods. Some of my students complain in class about smoke, while others share fears about finding clients in devastated cities, while still others leave class early to evacuate their homes. Now that Climate Change is well underway, this is the new normal. Terrorism probably won't go away, but it has epic competition.

Can you coach in this environment? Yes, you must. People need you more than ever.

Give people time to get back into their homes and to restart. They're not ready to coach while they're in shelters and hotel rooms, or hospitals, or funeral homes.

This is not a suggestion to capitalize on misery. It's a reminder that coaching helps people, so don't pull back, thinking they won't want you. Don't bombard people with sales offers. Do be willing to listen. Do be willing to help, if you can. Be willing to waive or lower a fee for some clients.

One helpful way to reframe a disaster is to focus on the people who help, because they inspire us. Coaches can also be helpers when people are ready to think about what they want the rest of their lives to be like. 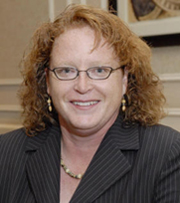 Mattison Grey is professional business and leadership coach and the founder of  Greystone Guides,  a high performance coaching and consulting firm.  Her clients and fans enjoy her contrarian views and her courage to be provocative in a way that challenges the status quo.  Mattison is fascinated by the gap between high performers and low performers and what it takes to go from mediocre to masterful in a chosen endeavor.

Coaching is a popular choice of profession for people right now.

Seems like everyone is a coach or is becoming a coach, doesn’t it?  That is no secret.  The trouble is there are secrets about coaching and having a coaching business.  Secrets no one is telling beginning or emerging coaches.

The coaching schools won’t tell you – you might not sign up; coaching organizations won’t tell you – it’s not their role.   So who has the guts to tell you?  Julia Stewart, the gutsy-ist coach in America, has asked me to expose some of those secrets and share with you what I think are the biggest myths about coaching and starting a coaching practice.  Here we go with the 8 biggest myths many emerging coaches believe.

MYTH #4:  Coaching fixes problems.  In fact, if you approach coaching with that mentality you will drive people away.  Even though few people’s lives are perfect, they will resist coaching if you “come from” something’s wrong.

What do I mean by that?  If you take the client’s problem or challenge at face value, you will be missing a huge opportunity to really move them toward their greatness.   Behind the presented challenge is always a bigger issue.  Most of us know that.  What masterful coaches know is that you don’t have to find that issue and solve it.  You have to help the client find a project or game that is so interesting, fun and engaging that the previous issue magically disappears or is solved by the new game.

Here is a real life example:  A few years ago, I was bored with my coaching business and not having much fun anymore.  That was a pretty big problem.   I asked Julia for a coaching session.   Long story short, as a result of the coaching, I decided to DOUBLE my coaching fees.  Never mind my fee was already pretty substantial.  Doubling it would, with the exception of celebrity coaches, put it near the top tier of coaching fees in the world.  WOW, now I had a HUGE “PROBLEM” but boy was I excited about it, and instantaneously my boredom went away and the fun returned.

MYTH #6:  You can make a great living in the beginning.  You can’t charge high fees in the beginning.  Beginner coaches get beginner clients, who pay beginner fees.  That is true in most professions.  The more experience you have under your belt, the higher fee you can charge.

MYTH #7:  Internet marketing is coaching.   This is a huge misconception and my biggest pet peeve.   You can be a coach who uses internet marketing, or you can be an internet marketer who coaches.   Trying to be both or not being clear about this distinction is a big mistake that beginners make.   Either way is fine, but to really make it work you have to choose.

MYTH #8:  You can have a successful coaching business without learning to sell.   I hate to be the one to break it to you, but to fill your coaching practice you must learn to sell.   This has never been more of a reality than in today’s extremely competitive market. With a coach on every corner, the only coaches that will make it will be the ones who can sell in a graceful authentic way.

People ask me every week to help them become coaches. I always want to know their real reasons for joining this fantastic profession, because over the years, I’ve seen a lot of coaches who had a miserable time building their businesses. Very often those coaches had fallen prey to one of the following misconceptions about coaching (which are frequently perpetrated by coaching schools – even the ones that are accredited.)

1. You’ve been coaching all your life and now you want to get paid for it.
2. You want to make lots of money.
3. You lost money on your last business and you think you won’t have to invest much money to set up a coaching business.
4. Coaching sounds easy.
5. You’ve heard that coaching is one of the fastest growing businesses in the 21st Century and you want to get in on it.
6. You’ve been in an accident or have been diagnosed with a debilitating disease and you think coaching will be physically easier than anything else you could do.
7. You just lost your job and you need to make money fast
8. You’re an author, consultant or online marketer and you’ve heard coaching is the way to boost your profits.
9. You’re broke and you’ve heard you can charge hundreds of dollars per month per client for just talking on the phone.
10. You’re a ____________ (hairdresser, bartender, lawyer - fill in the blank with whatever you currently do), so coaching should come easy to you, because you talk to people all day, anyway.

You may have noticed a trend here: People who go into coaching because it sounds like easy money almost always get burned. Do it because you love it or do it because you’re called to it. Anything else is a lousy reason.

Here are the top ten clean* reasons I became a coach:

*The term, "clean" is taken from the environmentalists. Clean energy is fuel that does little or no damage to the environment. Think: wind power vs. fossil fuel. Less damage makes it less costly. A clean reason is one that eats up less of your personal energy ~ or even gives you energy. A great example is my #1 clean reason, above. If you pursue a career you hate, because you think it will make you a lot of money, that's a pretty costly reason.

I’m a happy successful coach, not because my work is easy or because I make miraculous amounts of money, but because I love what I do so much that it has become my play.

Make a list of your own reasons for becoming a coach. If they sound anything like the ten worst reasons, either find cleaner reasons that genuinely inspire you, or find a profession that you really love.

As your father always said, “Someday you’ll thank me!”