ICF Master Certified Coach: Join Me on the Journey

The ICF's Master Certified Coach (MCC) is generally considered the ultimate in coach certifications. And since I run School of Coaching Mastery, it seems fitting that I have that credential. For the nearly fifteen years that I've been coaching, though, I really didn't need it. Here's a short history of coach certifications and why the ICF's is more important than ever.

Way back in the beginning, when Thomas Leonard started the IAC (called the International Association of Certified Coaches, or IACC, back then), I was only interested in getting that credential. Despite Thomas' passing in 2003, the IAC did certify coaches and I got to be among the first certifiers (via CoachVille) and was eventually given the title of Lead Certifier for the Thomas Leonard Coaching School, where we certified most IAC-CCs from 2003 through 2005, until the IAC split from CoachVille. But after that split, IAC certification gradually slowed to a trickle. Without Thomas in the lead, the IAC just didn't have the visibility it needed to fulfill its promise.

Of course, the ICF was founded by the same Thomas Leonard years earlier (1995, making it a ripe old 20 years, now). Its certifications (ACC, PCC, and MCC) required way more hoops to jump through, including training hours, mentor coaching, coaching hours, etc., but it already had a powerful toe-hold by the time the upstart IAC came around and the IAC never slowed it down.

I think the competition actually has been good for everyone; the ICF has now made some important improvements to their certification process, so it's more respectable than ever. And although other not-for-profit coach certifiers have come around, such as the Center for Credentialing and Education, with its Board Certified Coach credential, the ICF is still the leader in coaching certifications.

In the meantime, the IAC seems to be licensing schools more than it's certifying coaches. Just today, their newsletter, the IAC Voice, mentioned three new school applications and one new certified coach. That's been par for the course for several years now and it's an unworkable business model. If the IAC licenses more schools to teach its Masteries each year than it certifies coaches, that means, on average, each of those schools has a chance to graduate one fraction of a certified coach per year. See what I mean? Why bother?

Our students are getting certified by the ICF, however.

That brings me back to my MCC journey. Although I've had the IAC's master-level certification for years, now that I have an ICF-approved coach training program, the ICF wants me to get certified by them.

More importantly, after all these years, I feel like I really want this credential. So I'm on my way and using my love of learning to dive deep into the ICF approach to masterful coaching.

Curious what it takes to get the MCC? I have on good authority that they only pass 7% of coaches who apply for the MCC, so statistically, I have a 93% chance of failing the first time. That's okay, because there's a 100% chance I'll keep sending them coaching sessions until they pass me, so that MCC pin is nearly mine (at least in my head).

To keep myself honest and on track (accountability, anyone?), I'm writing about my experiences and discoveries in this blog. I'll keep you posted.

Want to learn more about becoming a coach and getting certified? Get the "Become a Coach!" eBook, below. 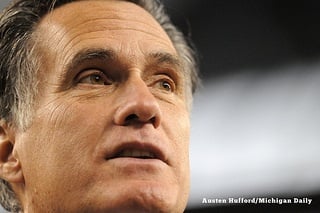 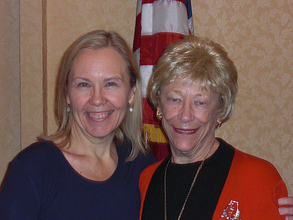 7 Concerns About the New Board Certified Coach (BCC) Credential

Yesterday, I received a letter in the mail congratulating me on my new BCC (Board Certified Coach) credential from CCE (Center for Credentialing and Education).

It was nice to get, but no surprise.

CCE, a non-profit which has been certifying a variety of counselors for years, recently stepped into the realm of business, executive and life coach certification, with this very impressive-sounding new credential. But any executive, business or life coach who was previously certified by the ICF or IAC and who could demonstrate that they already have coach-specific training, got grandfathered into the BCC for $100. The only catch was that we had to take a norming exam to help CCE establish appropriate exam questions for future coaches who test for the BCC.

Even though I have reservations about the new BCC life coach certification, I decided to take the plunge and get it for the following reasons:

That said, I have plenty of reservations about the new Board Certified Coach credential and don't plan to use 'BCC' after my name in most situations - at least not yet. Here's why:

What do you think? Share your comments and concerns about the new Board Certified Coach credential in the comments area below.