The Future of Coaching: 2013 Trends in Business and Life Coaching

If you think you understand trends in business and 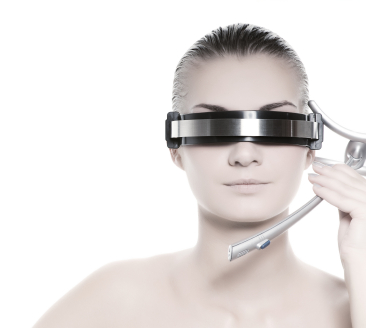 Why? Because the future of humanity is about to change at even more breathtaking rates. That means the future of coaching is not what you think. Not even close.

How's that? We're about to reach a technological 'tipping point' across several technologies and this runaway world we live in is about get a million times faster.

You've heard of Moore's Law? It's the well-established prediction that computing power will double every 18 months, while prices plummit. In other words, exponential growth. Moore's Law has held true for decades. The current result is an iPhone processor that's more powerful than the 1970's Apollo rockets that travelled to the Moon. (which makes Apple's recent map app blunder seem especially silly)

If you were to graph exponential growth, you'd get what's known as a 'hockey stick' curve. At first you get a relatively long period of slow growth, with a slight incline, but at some point the numbers that are doubling become so huge that the curve goes virtually vertical. That's the tipping point or 'escape velocity' that we've just about reached with computing power.

Moore's Law is what futurists call a hard trend. It's a prediction that you can count on. Some futurists say that Moore's Law can be applied to other technologies as well, such as nanotech and artificial intelligence, and that when you combine these technologies, as they are doing at Singularity University, you get even more explosive growth and more escape velocity.

What does all this tech mean to coaches, other than the possibility that someday, Skype will stop bumping us off our free international video calls? Well if you consider Adizes' Change Constant (Change leads to problems, which lead to solutions, which lead to more change, etc.), our potential clients are about to have a lot more problems. They're mostly the kind of problems you want to have, as we say, but they still will feel like big problems to them. And that's when they hire coaches. But wait, before you cheer...

What kinds or problems are caused by explosive growth in the tech fields? Well first there are new jobs created, like IT professionals, website designers and virtual assistants; jobs most people couldn't conceive of 50 years ago. And then there is the elimination of jobs that are replaced by technology, like librarians, sign painters and secretaries. Painful! Except, every time technology replaces some jobs, it creates new ones, such as international tech support, robot repair, and home-based manufacturing. That's a cycle you can count on. New high-paid jobs are always on the horizon, only most people can't even conceive of them, much less get ready. That's scary.

Let's face it, our ancestors evolved back when exponential change equaled the invention of the wheel, the bow and arrow and roasted mastadon instead of raw. Those changes occured at the slow-sloping left side of the hockey stick curve and that's what your nervous system today is wired for, not change at the rate of a new job every year. Jeez.

People are going to need assistance in making constant life-changing transitions, the kinds our grandparents only made once or twice in a lifetime. Maybe we'll need more psychotherapists to talk us down off the ledge, but in this month's Wired magazine, Founding Editor, Kevin Kelly says robots will soon replace therapists. I don't know about that, but he also says nurses, teachers, personal trainers, waiters and surgeons will soon be robotic. The jobs will go to the people who manage the bots.

The best-paying jobs will go to those who can leverage the added value that technology is constantly creating. Beyond that, we can spend our time doing what we want.

So what's the one job Kevin Kelly says robots can't replace? The job of deciding what people really want to do.

Coaches help people decide what they really want to do.

Coaching is not a tech job, but technology creates the need for coaches. And it's creating more of that need all the time for coaches who are ready.

Can coaches be replaced by artificial intelligence? We're a long way from that, because coaching relies at least as much on 'right brain' intuitive skills, which have been a challenge to the computing field so far, as it does on linear processing skills. But they'll probably crack intuition, eventually.

However, no amount of AI will ever make robots human. You could program 3CPO to say, 'I believe in you', but those words ring hollow unless you hear them from someone whose opinion matters to you.

Coaching will likely be with us for several more decades, or at least until Siri gets programed to ask more than she tells.

What else is about to change? Everything from the demise of our current too-slow, too-expensive, too-ineffective system of higher education (watch this video of new Google University for what might be next); to the rise of the 'bottom billion' as a result of cheap smart phones that now connect impoverished people to unlimited information, to vertical farming that can scale up to feed 10 billion of us. To get a more complete picture, I highly recommend you read Abundance

How can you get ready to coach in the coming decades?

Surprisingly, you don't need to chase every trend. And you don't need to coach huge numbers of people for less. Because the rise of technologies means there is also a trend at the other side of the spectrum. It's the one that leverages Kevin Kelly's 1000 True Fans concept and focuses on hyper-customization and hyper-personalization.

Chris Brogan calls this the 'bespoke business'. This is the type of business most successful coaches have. It includes just a few clients who each pay a hefty fee. It usually also includes some lower-priced options and free content in order to build relationships and true fans. This type of business is on the rise and looks like it's here to stay.

More people will need and want coaching in the coming future. Less expensive goods and services provided by automation will free up money. And with the coming need to prepare for new professions every year, the savvy will use that money to hire tutors, mentors and coaches to help them get where they need to go faster.

What's a good strategy for a coach moving forward into the super-high-tech world of the future? Become the best - perhaps the only - in your specialty. Get just the training you need, be nimble and ready to pivot when things change dramatically, have your own coach and take super great care of yourself - you'll need it.

And have fun. Technology is designed to free us from drudgery. Coaching is the perfect profession for enjoying that freedom.

For Coaches: What Matters Now 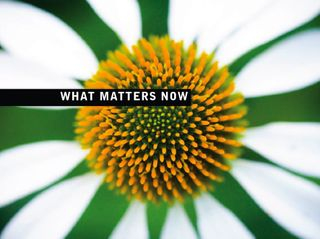 Recommended Reading for Coaches: What Matters Now by Seth Godin & Friends. Get the Free Ebook.

Seth Godin, the best selling author who coined the phrase, 'relationship marketing',  invited 70 other thought leaders, such as Chris Anderson, Kevin Kelly, Martha Beck, and Tom Peters, to each write one article based on one word.

It's available as a free download now.  And of course it's not just for coaches, but I highly recommend it to anyone who is interested in coaching.

Kevin Kelly's blog, The Technium, gets referenced a fair amount on the blogosphere and for good reason, he's quite insightful. Today,Seth Godin directed me to Kevin's latest, True Fans, about how a good solid living can be made with just about 1,000 people who really believe in your work. Now Kevin is writing about how artists make it, but what he says is rather familiar.
Most coaches thrive and prosper with perhaps an even smaller number of fans. I'd call them Ultra True Fans. This is because an Ultra True Fan will pay a coach hundreds of dollars per month to work one-on-one or in a small group. And it's not unusual for Ultra True Fans to return to the same coach again and again and to buy many of the coach's products, as well.
The "big mailing list" myth can be a real waste of time for a coach. Do outstanding work and cultivate great relationships with your all your fans, especially your Ultra True Fans, and worry about becoming a mega star only if it really lights you up.
Copyright, Julia Stewart, 2008
2 Comments Click here to read/write comments

Should Coaching Be Free?

Notice how certain memes seem to be on everyone's mind at the same time? Makes you wonder. I read the Wired article on Chris Anderson's book FREE! last night and in my inbox this morning was TrendWatch's Free Love article. None of the ideas in either article were really new to me, but they did spark several new inspirations, so that's pretty cool.

Learned a couple of new words: Freevertising and Freeconomics (not the book, the phenomenon)

Basic idea: Business is quickly moving toward $0.00 for everything. Great news for consumers, eh? So how do you make any money?

Answer: Get real creative. A lot of people who read this blog have already experienced the excitement, love and loyalty this type of business model creates, because they were members in an early FREE business venture, one that was a featured Purple Cow, back in the early 2000's. Remember Thomas Leonard's "free web-based coach training?" About 30,000 people signed up in two years and Thomas made 2 million dollars. Whoa. How does that work?? It was brilliant.

If you read the aforementioned articles, you'll find that most money is being made via advertising. Think: Google. That's not how Thomas did it, exactly.

However, the concept is the same. In today's market, you don't prosper just by getting people's money. The competition is too stiff. It takes more: Prosper by getting people's attention and by creating value for them. A lot of it. Today everyone seems to do that by making stuff free.

Chris Anderson makes the point that there is a huge psychological difference between cheap and free. Especially now that stuff from China, service from India and virtually anything on the web is so cheap you can hardly believe it.

If you want to make a statement, make it FREE.

This does beg the question: How can you possibly stand out if everything is free? (Much less make any money?) That's where your creativity comes in.

You might be relieved to know that I actually don't think coaching should be free. Not most of the time, anyway. But "free" is a valuable tool, so don't throw it away.

The Trendwatch article pointed me toward Kevin Kelly's Technium Blog
about the stuff that shouldn't be free. That's where the money is. He had a list of 8 things and added a 9th: Trust. These are what people pay MORE for.

How many of these features does your coaching have? How can you tweak it so it has all of them? That's right. You can charge MORE for all that.

Now how can you make stuff free for the sheer joy of it ~ and create raving fans for your business?

You see? You really are brilliant!