Join a Virtuous Cycle of Joy and Success this December

How do you define success? More money? Joy? Time? Love?

Whatever success means to you, would you like more of it? Most of us would and there is an inspiring approach that will help you, help others around you, and creates a virtuous cycle for everyone concerned.

As this difficult year comes to a close and as most cultures celebrate important holidays, now is the perfect time to co-create this virtuous cycle. Read on for how you can join in for free...

What if virtually all forms of success were related to smarter giving? They may be according to research by Adam Grant and others. Here are a few ways smarter giving benefits you:

Of course, givers can be taken advantage of, but there are smart ways to reduce or eliminate being taken.

Come learn how to be a smart giver this holiday season and help us establish a virtuous cycle of giving. It is free to join and could be the inspiration that makes 2020 one of your very best years.

Fully Alive with Positive Psychology (Giving Edition) starts this Wednesday, December 2nd, for four weeks, 7-8 PM EST. It's a live webinar with me, Julia Stewart that is free to join, but seating is limited so please only join if you will attend. No recordings will be sent out, because all of the value is in the attendance of this live reciprocity circle.

Don't miss this unique opportunity to share an amazing experience. Sign up today and mark your calendar!

Is It Narcissistic to Hire a Life Coach?

Life coaching clients are sometimes accused of being selfish or self-absorbed. Does that make them narcissistic?

To find out, let's look at what narcissism really is. It's also helpful to understand the difference between healthy and unhealthy selfishness and being self-aware vs. self-absorbed.

Narcissistic Personality Disorder (NPD) is an unhealthy pattern of behavior that requires someone to think and act as if they're superior to others. They need excessive praise and admiration, lack empathy, and can be abusive in relationships. NPD is a serious disorder, but like any personality disorder, NPD is marked by a lack of self-awareness. If someone has it, they may be unaware how they come across, are unlikely to delve deep into their drives and vulnerabilities, to see their weaknesses, or to work to improve their relationships. In fact, they tend to think others are at fault, not them.

NPD is not the same as being self-absorbed or selfish, although NPD can include those qualities, which could be a reason why people use the term "narcissistic" to name-call people who make themselves a priority by working with a coach.

In fact, criticism is one way people with NPD abuse others, so it's possible those who criticize coaching clients are the ones suffering from NPD.

Healthy selfishness is an acknowledgment that, like everyone else, you have needs that must be met for you to function at your best and you have more to offer others when you are at your best. That's also self-awareness. Healthy people express their selfishness in ways that are flexible and avoid either rigidity or chaos. They have strong boundaries but may sometimes soften them for the benefit of people and things they love.

To an unhealthy person, self-awareness may look more like self-absorption. The former requires depth and a willingness to go beyond one's comfort zone to grow. The second is superficial and obsesses over a carefully-crafted exterior self-image.

Becoming a coaching client requires a willingness to deepen self-awareness. It's about personal growth and responsibility. NPDs tend to think they are superior even without a coach, are uninterested in self-awareness, and think others need to grow, not them.

Modern culture encourages self-absorption, but most of us don't have NPD. Our willingness to grow can be our gift to the world and coaches can help us do that.

Want to develop your self-awareness and grow? A coach can help you. Find a coach here: 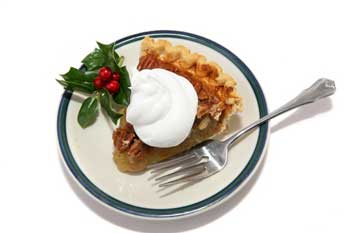 Written by Julia Stewart
The "Holiday Season" officially kicks off this week in the United States. Hanukkah starts this Wednesday and American Thanksgiving is on Thursday, followed by a variety of religious and spiritual holidays, including Bodhi Day, Muharram,  the Winter Solstice, Christmas, and Kwansaa; and it's all tied up with a bow (or bottle of champagne) on New Year's Day.

By then, many of us are exhausted, broke, and carrying ten extra pounds. It seems virtually every culture finishes the year with holidays and in this extra-small multi-cultural world we live in, we're all celebrating a lot of extra holidays, too.

I think of my personal end-of-year holiday trio, Thanksgiving, Christmas, New Year's, as Gratitude Day, Generosity Day, and Create the Future Day. So I regard the holidays as:

And that's how I celebrate.
But already my clients are bringing problems to their coaching sessions that are directly related to the holidays: how to deal with difficult relatives, or co-workers, how not to blow the budget - or the waistline, how to deal with the extra-busy schedule - or travel, how not to give in to temptations, etc. All coaches, whether life, business or executive coaches, hear about holiday issues - and we have our own, as well!
In my book, holiday "problems" are "good problems", a.k.a. luxury problems, first-world problems, the kind of problems you want to have.Not being able to feed your children is the kind of problem you don't want. Fortunately, most of us are worry-free in that area.
So first, congratulate your clients on their great problems. That helps put it all in perspective.
Then remind them that becoming their best selves means sacrificing good for great. And everyone benefits when we're at our best (a.k.a.: Grump-free, Sarcasm-free, Tantrum-free).
Transforming holiday problems into holiday blessings boils down to just two things:
Help your clients identify what matters, according to what they most value, and from there, boundary-setting is pretty easy.
Here are a few ideas my clients have come up with, so far:
The holidays are a wonderful opportunity to truly appreciate life. Don't blow that opportunity by celebrating on auto-pilot. You get to choose your life and your holidays. Have fun!

Here's a gift from us to you: Thomas Leonard's 28 Principles of Attraction.