Life Coach Salary Rate: the Free Guide to How Much Coaches Make 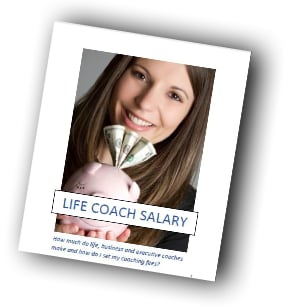 Have you ever wondered about life coach salary rates or how much money executive or business coaches make? Or are you setting up a coaching business and wonder how to set your own coaching fees? Or are you wondering if you should become a coach? If you said YES to any of these then you need to read the new information-packed FREE eBook: Life Coach Salary.

We took several of our most popular coaching blog posts and added the 'How to Set Your Coaching Fees' worksheet, previously only available to SCM students. Then we combined them into an information-rich free ebook. It's a quick read that will help you understand how much professional coaches make, how coaches set up their businesses for profitability and how to set your coaching fees with confidence.

Let's face it, confusion is the enemy of success. This free eBook can wipe out your confusion about coaching costs and help you take the next step toward becoming a successful life, business or executive coach.

If you want a full coaching practice, you can't afford not to read the FREE Life Coach Salary eBook:

How to Write a Coaching Bio In 20 Minutes 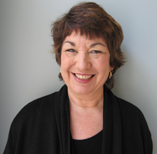 Guest Blogger, Barbra Sundquist is a business coach and entrepreneur. Her website Howtowritebio.com provides fill-in-the-blank bio templates for over 150 different types of jobs:

The best advice I can give you for writing a great coaching bio is to put yourself in your reader’s shoes. What do they want to know about you in order to decide to hire you? They want to know:

Jane Smith is a small business coach who helps women make the transition from full-time mom to successful entrepreneur. A grandmother now, Jane started her coaching business in 2002 to help other women deal with the sometimes overwhelming prospect of starting a new business while still running a household.

Prior to raising her family, Jane spent over ten years as a teacher, corporate trainer and workshop leader. Today Jane offers a wide range of coaching programs and services - from individual coaching, to seminars and keynote speeches. To contact Jane, please visit her coaching website at http://www.janesmart.com

Jane Smith is a small business coach (who Jane is) who helps women make the transition from full-time mom to successful entrepreneur (how her expertise addresses their problem or goal). A grandmother now (what expertise - shows she has been a mother and is now older and presumably wiser), Jane started her coaching business in 2002 to help other women deal with the sometimes overwhelming prospect of starting a new business while still running a household (how Jane helps them overcome their problem or achieve their goal). Prior to raising her family, Jane spent over ten years as a teacher, corporate trainer and workshop leader (Jane's expertise). Today Jane offers a wide range of programs and services - from individual coaching, to seminars and keynote speeches (how Jane can help). To contact Jane, please visit her website http://www.janesmart.com (where to contact Jane).

Follow this format and you will certainly come up with an effective professional bio. But if writing your bio seems like just one more onerous task on your long to-do list, visit my writeabio.com website. There you can get a fill-in-the-blanks bio template written specifically for coaches. It gives you the structure and wording to write a unique professional coaching bio, and you'll have it all done and complete within 20 minutes.

Go here to learn how to write a coaching bio that sells your coaching.

Can Coaching Be Wrecked By Cheap Coach Training Schools? 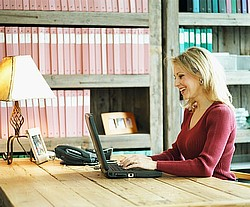 If you're reading this article then, obviously, you spend time online reading about coaching.

And if that's the case, then you must have noticed all those ads  that promise that you'll be a master certified coach in two days or 16 hours, or whatever. Sometimes, they also advertise their tuition, which is cheap, cheap, cheap.

You can imagine how those schools are regarded by real professional coaches. Mark Joyella (@CoachReporter), who writes for the Coaching Commons, tweeted about them (I'm paraphrasing), 'Sure and next weekend you can become a brain surgeon!'

I'm thinking those ads mainly appeal three types of people. Those who:

1. Think they already know how to coach (a.k.a. arrogant)

2. Are only interested in coaching for the money (a.k.a. greedy)

Those who're attracted to us don't fit those descriptions, so I never considered weekend coach training schools our competition.

But I reconsidered that when I heard that one of my most respected competitors, Barbra Sundquist, is closing her 'Become a Certified Coach' school at the end of this year [12-11-09 Update: Barbra isn't going out of business, but simply closing the doors of this particular program. See Barbra's comments in the comments section, below.]. Barbra cited a number of reasons, including rising competition from cheap, highly advertised, schools. That got me thinking...

What if the proliferation of bogus coach training schools drives out most or all of the legitimate schools?  Where does that leave the profession of coaching? Will the majority of coaches then be unskilled or disreputable? Will the reputation of coaching drop to the point that real professional coaches quit?

I'm not trying to be an alarmist here. You can't prevent a potential problem if you're not willing to look at it. Coaching has enjoyed incredible freedom in the past 20 years. But the success and freedom of coaching has sometimes attracted people with the wrong motivations.

I admit, 2009 has been a challenging year for School of Coaching Mastery, as well. Several of our students didn't pay their bills. But that forced me to consider just how committed I am to coach training and I realized that if it came down to choosing between my home or my school, I'd give up the house!

So I'm in it for the long haul. But what about you? If you're committed to coaching, then you're probably just as disturbed as I am about the proliferation of schools and coaches who don't cast a good light on this profession.

There's lots of hang-wringing going on in private forums, but coaching is about action. Do you need to take action?

Please post your views on this in the area below and if coaching is a really important issue for you, please also share this article with the social sharing tools, above.

Coaching Tip: How to Be a Winner in Two Steps

From a Law of Attraction perspective, I guess it's no surprise that I won 2 contests in the past week: I'm also running the Best Coaching Blogs Contest and giving tips to the contestants on how to win it! :)

Still, I don't enter that many contests, so it feels really fresh to suddenly be a two-time winner. The first contest was just a nice surprise. One week ago I found out on Twitter that I'd won a $100 Gift Certificate to Amazon from Dimdim.com, the webinar company whose platform I love.

Yippee! All I did was retweet their announcement that they were a winner in the Webware 100 contest. So now I have a tough choice to make: spend $100 on some of those cool books that are on my Amazon Wishlist, or invest in a nifty Flip camcorder?

However winning 'The Peppered Customer of the Year' contest just about launched me into outer space!

What this means is that I get free virtual assistance for one whole year from Pepper Virtual Assistant, a great new company that 'gets it' and is doing really professional work. If you know me and my business then you know we're at that awkward stage where we need a lot more assistance without breaking our budget, so this is a dream come true!

How did I hear about the contest? My friend, Barbra Sundquist tweeted about it. Barbra found Pepper because she tweeted that she was looking for a virtual assistant that would work for free to help out a non-profit and Pepper volunteered.

Now I'm blogging about Barbra, Pepper and Dimdim. Are you seeing a pattern here?

If you want to be a winner:

I also tweet updates on Best Coaching Blogs 2009. Help out some bloggers there by voting and commenting on their blogs. Then maybe go tweet about it...