What is Life Coaching? 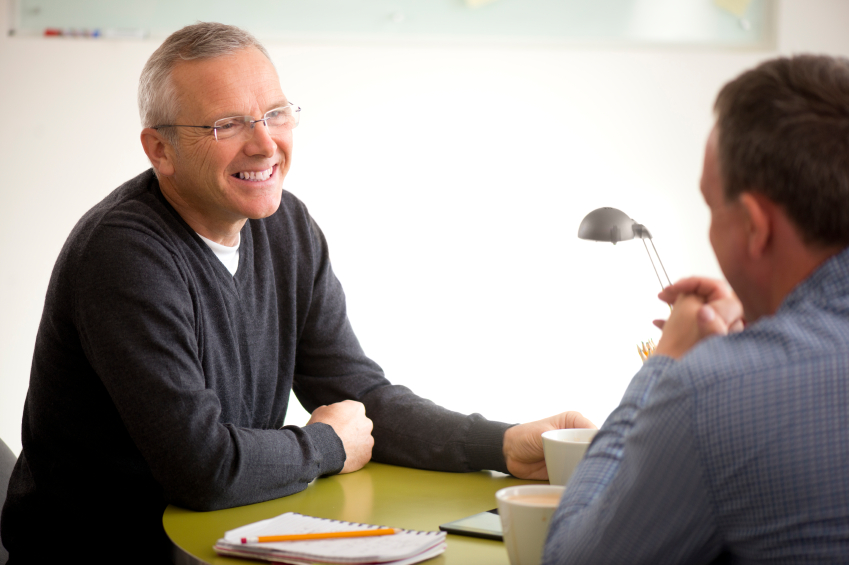 School of Coaching Mastery (SCM) definition of coaching: Coaching is a customized conversation that empowers the client to get what s/he wants by thinking and acting more resourcefully.

International Coach Federation (ICF) definition of coaching: Coaching is partnering with clients in a thought-provoking and creative process that inspires them to maximize their personal and professional potential

Whether you call it life coaching, executive coaching, or business coaching, the profession of coaching is the byproduct of a new paradigm in human development. Scientists, philosophers and regular people are asking questions about life, such as, “How can people reach their full potential and enjoy greater happiness and success?”

As a result, new possibilities are opening up for many of us. In a very real sense, new questions create new realities and new realities lead to new opportunities for our happiness, success and fulfillment. Coaching is all about asking those new questions.

This new approach is empowering, but because it is new, people often have trouble understanding what it means. For this reason, sometimes it’s helpful to explore what coaching is not.

Coaching is not the same as counseling or psychotherapy, professions which evolved out of the disease model of traditional psychology. Clients generally seek out therapy or counseling when they are distressed by a problem and may need to heal.

Clients seek coaches when their lives are already okay, but they want to be even better. Coaching assumes clients are already “whole, complete and perfect” and are capable of making empowering choices. Having a skilled coach who believes in them, can help clients grow, act resourcefully, reach their goals and discover their greatness. Healing from a disease or problem is never the central focus of coaching.

One way to think of the distinction between psychotherapy and coaching is their relationship to health. Therapy takes a client from an unhealthy or negative state ( - ) and brings them up to a healthy or neutral state ( 0 ). While coaching begins at that neutral state and moves the client toward their full potential or positive state ( + ).

Coaching is also not consulting. A consultant is an expert in a particular field who assesses a client’s situation in relation to that field and makes recommendations on what to do to improve the situation.

A coach generally assists clients to assess their own situations and think - and act - more resourcefully about how to improve them. In other words, a coach helps the client to grow so they can reach their own goals independently, now and in the future, rather than become dependent upon an expert for help. Most consultants also do some coaching and most coaches also do a small amount of advising, so these professions are often confused, but generally, coaches help their clients be their best, while consultants advise clients on what to do.

Because coaching is popular and not regulated, people who are not coaches sometimes call themselves coaches. The following services are not coaching: consulting, training, seminar leading, counseling, therapy, internet marketing, selling, bill collecting; or offering advice on financial or legal matters, health issues, or religious teachings. Be suspicious of anyone who calls himself a coach, but who offers services in any of the foregoing areas.

Sometimes people who are unqualified to be licensed in a regulated profession will call themselves coaches to get around legal requirements. This is not only unethical, it is a red flag that the person is unqualified in that area.

Become a qualified coach and get certified:

Topics: business coach, Coaching, professional coaching, executive coaching, become a coach, get certified, what is coaching, what is a life coach, Life Coaching

All Coaching is Not Created Equal

Last night's call with Adela Rubio* was awesome, but it brought up a controversy in coaching which is, what is coaching, anyway?

You'd think by now we'd have that figured out, wouldn't you? Well we have. The thing is, in a profession with no unifying body, we naturally have more than one definition.

That's what makes coaching controversial. People know it 'works', because we have research and results, but not everybody agrees on what coaching is to begin with.

I'm sympathetic to a point, with the folks who say anything goes, since we're not regulated. But ultimately that point of view is a disservice to the consumer, who trust me, is way more confused than we are.

I believe coach trainers and certifiers owe it to the public to speak up about standards in coaching. This isn't every coach's job, but it's our job, because of the positions we're in.

So here's my stand on what is coaching:

'Pure' coaching is a highly customized conversation between a professional and a client that leads to a successful outcome for the client. In it's purest form, coaching is delivered one-to-one. Small group delivery also makes customization possible and has other advantages.

It's certainly possible to share coaching questions, excercises and come-froms in larger groups or via information products. They may be highly effective and more cost-efficient. But nothing beats the customization of pure coaching.

There. I said it!

Does this mean I'm against internet marketing or coaching products? Of course not! I use both. But if you're a coach with multiple product streams, please at least be a competent coach.

That's the issue that actually interests me:

What is a masterful vs proficient vs competent coach?

They each are important, because they each reflect a mindset. A new coach coaches differently from the very beginning if they commit to mastery vs competency. Mastery is a commitment to always learning, to always be upgrading the service and results that we deliver, to delivering what works, not just what we think people will buy.

In my experience, the coach who focuses on competence is mainly interested in the content of the conversation (or product). I don't think that's enough, because clients can get great content for free.

When a coach goes for proficiency, they get more concerned with the delivery or performance of the coaching. That streamlines the coaching, leading to greater outcomes. And it focuses on 'pure' coaching, as opposed to other delivery methods.

Mastery is a huge level beyond proficiency, because it can only be reached after many hours of practice, to the point that both the content and delivery are so second nature to the coach that all the coach has to focus on is the client. That level of coaching leads to results that are (almost) miraculous.

I've been told by veteran coaches that what we teach at School of Coaching Mastery should be called something else besides coaching, because most coaches don't work at this level. Other veterans say anything less shouldn't be called coaching, at all.

I choose to call what we teach here, 'mastery', because we're committed to always learning, growing, and upgrading the outcomes for our clients. That's the instructors' commitment, not just the students'. It's a journey that we take together and the coaching that we learn to do transcends, but includes the other two levels.

Whether other delivery levels or methods should be called 'coaching', I don't really care. I don't control the whole coaching industry, I just lead one small and very passionate coaching contingent.

What do you think?

If you missed the call with Adela, you can listen for a short time. Join here.