Should Coaches Be Givers, Takers, or Matchers? 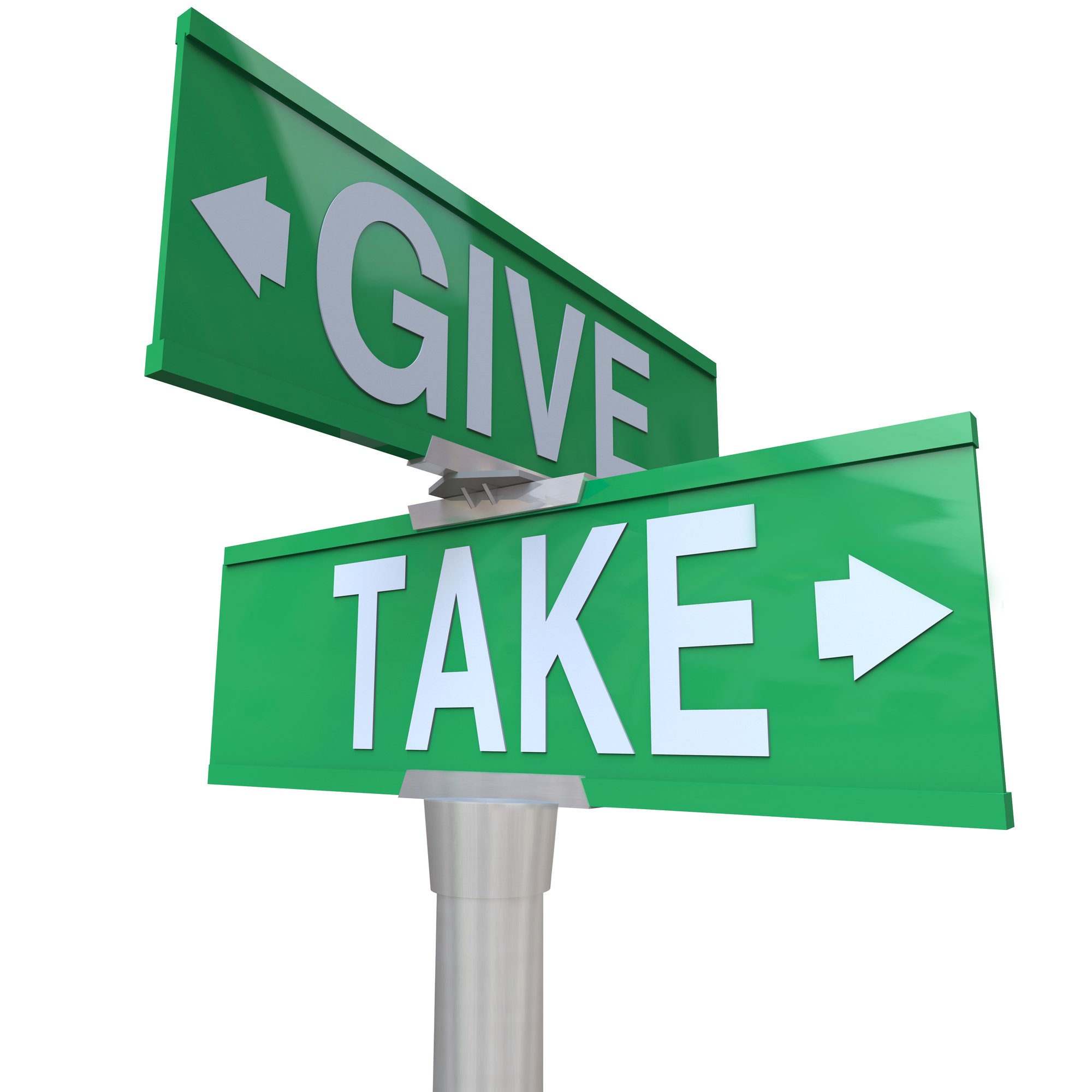 Last week, Americans went to the polls and chose between a lifelong Taker and a lifelong Giver.

Think about it: You knew which was which even though I didn't tell you. This post isn't about politics; it's about a simple, research-based, rubric for understanding people. Like all great coaching tools, it offers clarity and simplicity in place of confusion and suffering.

It also points to a playbook for any new (or veteran) coach who wants a successful career.

You're may be asking, Am I a Giver or a Taker? And what is a Matcher? You know when you're on the receiving end of these behaviors because they govern whether your relationships, networks, and organizations are thriving or toxic. So it matters a lot.

What differences will these distinctions have for your clients and for your career? Read on...

Before I explain these three distinctions, let me give some background. Recently I attended one of Mattison Grey's TED Talk Talks. They're like virtual book clubs but with TED Talks instead of books (Highly recommended and free!) Cool people show up, such as graduates of this school, and Mattison facilitates awesome conversations. If your Zoom connections have been feeling shallow, this is a powerful alternative.

Mattison is one of the best coaches I've ever met by the way, and she is an Otherish Giver. More on that later.

In that recent TTT, we discussed psychologist, Adam Grant's "Are You a Giver or a Taker?"

According to Grant's research on organizations, Takers trigger toxicity, such as paranoia, mistrust, resentment and vindictiveness; while Givers make organizations better. Matchers give about as much as they get so their behavior can be influenced by Givers and Takers. By the way, one Giver can measurably improve an entire organization, but one Taker has two-to-three times the impact, only it's negative.

That ratio, between positive and negative, shows up repeatedly in positive psychology research, and is sometimes called, the Positivity Ratio.

Everyone does some giving, taking, and matching, but which "type" you are represents your default. Do you go through life asking, "What can you do for me?" or "What can I do for you?" or "If you help me, I'll help you."?

According to research, the old myth, "Nice guys finish last," is only sometimes true. It depends on what type of Giver you are. And as more people and organizations learn to spot Takers quickly, the not-so-nice guys are failing faster.

To explain, here are different types of Givers, Matchers, and Takers.

U.S. presidents tend to be larger than life so it's easy to identify contrasting giving styles. In exaggerated fashion, our two recent presidents demonstrate Grant's research findings, perfectly. The Taker shot to the top in one leap, winning the ultimate prize in his first-ever election and immediately threw the entire country into toxic convulsions. Four years later, he's the only president in decades to lose his second term because a record-number of Americans, fed up with his constant taking, marched to the polls in Matcher-revenge and voted him out. The Giver, on the other hand, took nearly 50 years to win the presidency, attracted a broad coalition, and has already extended his hand, Giver-style to the other side. While the Taker, in perfect Taker-form, claims he's the real winner and threatens to sue. For some reason, Takers love to sue but they usually lose. They really do finish last in the end.

So how does this show up in coaching?

Well, Disagreeable Takers are unattractive and are rarely successful in coaching. Meanwhile, Matchers and Selfless Givers struggle. The former, because they are unremarkable. The latter, because they burn out before they succeed. Agreeable Takers can succeed for a while but don't last because both coaches and clients dislike Fakers. Finally, Otherish Givers rise to the top more slowly and often stay there. They build sustainable success. Don't worry, it doesn't take 50 years!

In other words, Otherish Givers do best in coaching.

The Founder of the Coaching Profession, an Otherish Giver, taught coaches to "Give for the joy of it" AND "Be incredibly selfish". Now you know why. Thomas Leonard taught the Principles of Attraction and gave them away for free.

Most successful coaches, such as Mattison Grey, do their own version of otherish giving and form strong networks of true fans.

Want to experience Otherish Giving? Here are two opportunities, one from Mattison and the second from me: 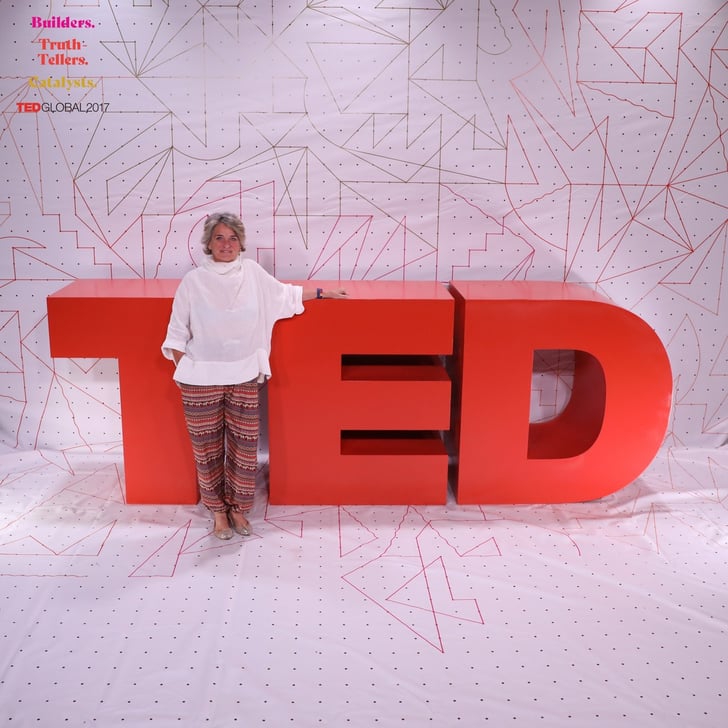 This is the first in a series of interviews of graduates of the Certified Positive Psychology Coach® Program. Many have fascinating coaching careers and will share some of their secrets with you. Look for this tag: CPPC Graduates.

Here's the rest of the interview:
Valeria, are you currently coaching professionally? Yes.
What's your specialty? I mainly coach public speaking, but life coaching inevitably mixes into it.
What else do you do besides coaching? Organizing my own TEDx event. TEDx Lucca.
What positive psychology coaching tools do you find most useful for your clients? Visualizations of the end result. The joy of the celebration that goes with the met goal. The excitement of extrapolating the golden nugget of one's true message from the rest of the "noise". Expanding and deepening the insights and inspirations and where they naturally stem from. The focus on the tools already intrinsically available to the speaker to perform without anxiety.
Which of your strengths do you find most useful in coaching your clients? My gift of innate enthusiasm. It's my greatest asset.
What project or initiative are you working on that you're most excited about? Right now the coaching of my nine speakers in both Italian and English. I love it!
How has becoming a Certified Positive Psychology Coach® helped your career or helped you serve your clients? My training in Positive Psychology has propelled me forward in my Coaching training. It's the most intuitive and logic path to excellent Coaching. Coaching with a positive and constructive spin to it is as powerful and empowering as it gets!
What else have you studied since graduating as a CPPC? I've explored Voice Dialogue and systemic constellation Coaching as well as Emotional Intelligence Coaching. I've also gone into depth in NLP Coaching.
Have you earned a new credential from ICF since graduating as a CPPC? Yes, I pursued my ACC certification with ICF.
Have you earned any other credentials since graduating with your CPPC? I'm a trained trainer for the "5 chairs 5 choices" method for executive coaching in companies. The method is carefully crafted around the non-violent communication teachings of Marshall Rosenberg.
What's next for you as a positive psychology coach? I'm interested in neuroscience and how meditation and silence heals and enhances the human experience.
Do you have a quote you’d like to share? Never stop starting over.
What else would you like people to know about you and about what you do? I would like people to know that coaching for me is a mission and though this might sound wishy washy, I aim to spread the importance of mindfulness and non-violent communication in every way I can.
Nothing wishy washy about that!

Valeria coaches in English, Italian, and Spanish. You can reach her here: http://www.valeriapittaluga.it/

Every coach has a career as unique as they are. If you'd love to enjoy as much passion and fun with your coaching career as Valeria does, consider joining the Certified Positive Psychology Coach® Program.

Get a Coach if You Want to Do Something Great [Video]

Watch this fascinating TED Talk called, "Want to get great at something? Get a coach".

How one physician became much better at what he does and how his research proved that coaching improves outcomes. By Atul Gawande, this is moving, inspiring, and informative:

Want to get great at something? Find a Coach Here.

Want to become a coach? Get the FREE Become a Coach eBook or join our upcoming course for beginners.

Listen: What Every Great Coach Does Brilliantly

Every great coach has to master the art of listening.  Julian Treasure shares five ways to listen better at TED:

Get started on a great coaching career:

Coaching Tip: Is the Truth Really a Question?

As a coach, you probably believe in powerful questions. And as TEDEd speaker, Michael Stevens, demonstrates, powerful questions make all the difference in teaching, too. In fact, questions such as, "How much does a video weigh?" and "What color is a mirror?" have made his Vsauce channel popular with millions. They foster curiosity, because most folks have never considered these quirky questions before.

Is there such a thing as unanswerable questions? Stevens can answer the above questions with science. But coaches are simply looking for clarity, inspiration and action, rather than actual answers. Or are we?

Sometimes an unanswerable question expands awareness. When tapping into a client's Higher Self, for instance, I'll ask, "What color is it?" and "Where is it located?", questions that don't make logical sense, because the Higher Self isn't a physcial thing. But my clients step into the present moment, along with their intuition, as they attempt to answer my questions and that's the whole point.

My favorite quirky question is "Is the truth really a question?" Coaches intuitively feel the answer is, "Yes." But it can't be, because "Yes." isn't a question. So the logical answer is, "No." But this question invites us to step out of linear logic into a broader, deeper way of thinking.

So then what's the answer? My favorite answer is the coach-y, "What do you think?" Which is all I care about. But the most concise answer is, "Yes?" Which embodies the perfect attitude to bring to a coaching session: open, positive, curious and affirmative.

Marketing for Coaches: It's Not About Being Popular

Oddly, when you market your coaching, you really don't want to attract everybody. You only want to attract those who are right for you and your business. Erika Napoletano at TEDxBoulder 2012, explains in hilarious fashion, with a few swear words. Love her or hate her, hear her message.

Beyond Selling Your Coaching: The Art of Asking

Sales-impaired coaches sometimes hide behind the yuck-factor and claim they don't have enough clients, because they hate to sell. That's a lie.

Not selling your coaching boils down to one thing: your refusal to own your own fear and vulnerability.

Sure, integrity and sales skills matter, but there's a risk you'll be judged when you sell something intangible like coaching and it's safer to hide.

Learn from the 8-foot bride, the art of asking. Then challenge yourself to trust that much.

Do you know which types of happiness will create lasting value for your coaching clients? Positive Pscyhology founder, Martin Seligman has identified 3 happy lifestyles, each more enduring than the last:

The engaged life is one in which you're challenged to use your greatest strengths and slip into a brain state called, 'flow'. Great performers, athletes, inventers and more have described this state of flow in which everything else disappears. Turns out, flow is an important element of happiness and flourishing.

Watch this TEDTalk with the 'Father of Flow': Mihaly Csikszentmihalyi to understand how flow is the secret to happiness:

Become a Business Coach: Shut Up and Listen

If you want to become a business coach, your best strategy is to shut up and listen. Yes, what you know matters, but less than you think. Listening is your key to helping others succeed.

Watch this TEDx video with Ernesto Sirolli, Founder of the Sirolli Institute, on how you can't help anyone unless you first listen.

This is true whether you're coaching them or selling coaching to them. To learn more, click the button to join Business Coach, Master Sales Coach and Provocateur, Mattison Grey, MCC; for a free teleclass on how to Stop Talking & Get More Clients.

But first, get inspired by Ernesto's impassioned talk. You'll love it!

Curious about Positive Psychology and coaching?