Become a Business Coach: Super Secrets of a Super-Successful Coach 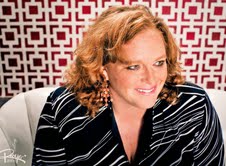 Recently I interviewed Mattison Grey, MCC, about her 15 years as a super-successful coach and the three secrets to success that she wished she knew when she first became a business coach.

If you want to become a business coach yourself, love your work and be well paid, you owe it to yourself to listen to the 45-minute audio, below. Even if you're a veteran business coach, this audio will be eye-opening. In it, Mattison discusses in detail the following:

Listen to the whole audio to discover what Mattison really means and why it matters if you want to become a business coach and succeed like she did:
Mattison's approach to selling is a fresh breath of air, compared to what most of us think of as selling.
I know, because I've taken her sales seminar (twice), along with a whole slew of other successful coaches, such as Coaching Telesummit Queen, Adela Rubio, who said, "Mattison shifted my resistance to selling when I took her virtual sales training." and Coach Laurie Peterson, who says simply, "It Works!!!", and TV Image Coach, Sarah Shah, who says the best part is, "I'm making more money and no one feels dirty in the end."
I've managed to talk Mattison into teaching her signature Real Selling for Real Humans course at School of Coaching Mastery this January.
But you can get a taste of Mattison's unique approach to selling with integrity in a free teleclass on December 13th called, Stop Talking and Get More Clients.
Find out more about the free teleclass and the Real Selling for Real Humans course and learn how you can save $50 off the fee and get a free book ($20 value): 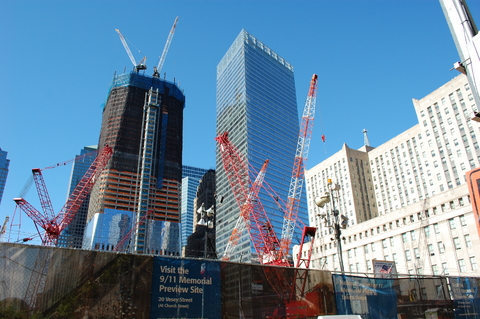 I've written before about how hard it is to keep up with this blog, especially when I'm working hard at School of Coaching Mastery. Like lately.

Seems like lately I've been working my bum bum off (as the Brazilians might say) and the blog is suffering again.

Yes, I know about keeping a blog schedule, writing posts in advance, guest blogging and all the other cool tools for feeding the Blogging Beast. But I also know this: my readers are more interested in my content than in my schedule, readership does not go down when I fail to post (because there are already hundreds of informative articles here), and last but not least, although educating our visitors so they are ready to become successful coaches, is a high priority for us, serving our real customers always comes first.

So here's a quick update on coaching news, plus a sneak peek at what's to come:

PS: What's the new World Trade Center (pictured above) got to do with blogging and coach training? It's a great example of people furiously working on a huge project with spectacular results. I walked around it with Adela Rubio one and a half years ago and they've added more than 70 floors since then.  I bet those guys don't have time to blog, either! More to the point, they couldn't do it alone. Any great project is worth a great team. We're here to team up with you so you can master your own projects with furious speed.

All Coaching is Not Created Equal 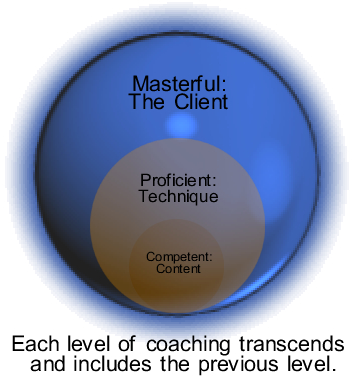 Last night's call with Adela Rubio* was awesome, but it brought up a controversy in coaching which is, what is coaching, anyway?

You'd think by now we'd have that figured out, wouldn't you? Well we have. The thing is, in a profession with no unifying body, we naturally have more than one definition.

That's what makes coaching controversial. People know it 'works', because we have research and results, but not everybody agrees on what coaching is to begin with.

I'm sympathetic to a point, with the folks who say anything goes, since we're not regulated. But ultimately that point of view is a disservice to the consumer, who trust me, is way more confused than we are.

I believe coach trainers and certifiers owe it to the public to speak up about standards in coaching. This isn't every coach's job, but it's our job, because of the positions we're in.

So here's my stand on what is coaching:

'Pure' coaching is a highly customized conversation between a professional and a client that leads to a successful outcome for the client. In it's purest form, coaching is delivered one-to-one. Small group delivery also makes customization possible and has other advantages.

It's certainly possible to share coaching questions, excercises and come-froms in larger groups or via information products. They may be highly effective and more cost-efficient. But nothing beats the customization of pure coaching.

There. I said it!

Does this mean I'm against internet marketing or coaching products? Of course not! I use both. But if you're a coach with multiple product streams, please at least be a competent coach.

That's the issue that actually interests me:

What is a masterful vs proficient vs competent coach?

They each are important, because they each reflect a mindset. A new coach coaches differently from the very beginning if they commit to mastery vs competency. Mastery is a commitment to always learning, to always be upgrading the service and results that we deliver, to delivering what works, not just what we think people will buy.

In my experience, the coach who focuses on competence is mainly interested in the content of the conversation (or product). I don't think that's enough, because clients can get great content for free.

When a coach goes for proficiency, they get more concerned with the delivery or performance of the coaching. That streamlines the coaching, leading to greater outcomes. And it focuses on 'pure' coaching, as opposed to other delivery methods.

Mastery is a huge level beyond proficiency, because it can only be reached after many hours of practice, to the point that both the content and delivery are so second nature to the coach that all the coach has to focus on is the client. That level of coaching leads to results that are (almost) miraculous.

I've been told by veteran coaches that what we teach at School of Coaching Mastery should be called something else besides coaching, because most coaches don't work at this level. Other veterans say anything less shouldn't be called coaching, at all.

I choose to call what we teach here, 'mastery', because we're committed to always learning, growing, and upgrading the outcomes for our clients. That's the instructors' commitment, not just the students'. It's a journey that we take together and the coaching that we learn to do transcends, but includes the other two levels.

Whether other delivery levels or methods should be called 'coaching', I don't really care. I don't control the whole coaching industry, I just lead one small and very passionate coaching contingent.

What do you think?

If you missed the call with Adela, you can listen for a short time. Join here.