Life Coach Advice for Obama Before the Debate 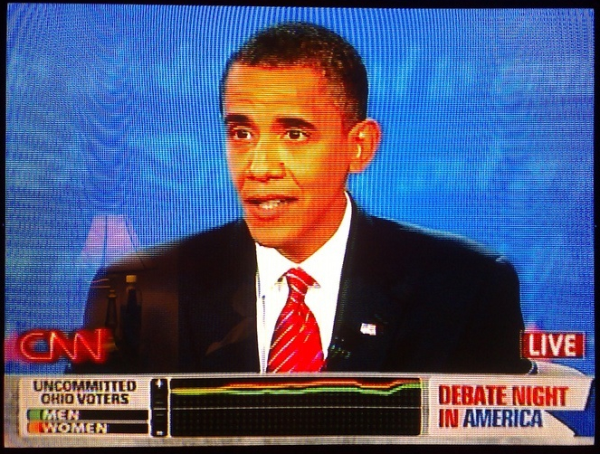 Mr. President, as a life coach, I don't hand out a lot of advice. I have a deep bag of tools I use to help my clients be, do and have what they want and advice is the least of it. But when it's needed, it's needed.

You're an awesome speaker and I was surprised you didn't wipe the floor with your opponent in the last debate. What's up with that?

Judging from his passion, Romney got some terrific coaching before that debate. For the first time in this campaign, he didn't look like his eyes were clueless about what his mouth was saying. Genuine and commanding, he looked like the kind of guy we want for President. (Apparently, he's a closet moderate, after all!) But he still has an uphill climb. Voters may forget flip-flops, but they don't forget insults. Memories of 'Etch-a-Sketch' and '47%' will accompany them into voter booths in November.

You know all that and you also know that you looked like a high school kid who forgot his homework through much of the debate. You didn't make it though Harvard Law, the US Senate and on to the White House, all in lightening speed, by being a guy who shows up anywhere unprepared.

I think something else was going on. Do you mind if I share?

A few years ago, when you were newly elected President Obama, I wrote a post written for life coaches on the importance of keeping up with our clients' rapid growth. It was called, Coach Who They're Becoming, Not Who They've Been and I used you as the example.

But I'm wondering if maybe you got stuck showing up as who you were, instead of who you are, when you went toe to toe with Romney.

You've written about the challenge of showing up as a trustworthy African American when white Americans react to assertive black men as aggressive or even scary. You've brilliantly managed how others perceive you by consistently showing up confident, at ease, polite, but never aggressive.

Well, it's four years later and Americans no longer see you primarily as a black man running for President. We see you first and foremost as The President: The most powerful man on earth, the leader of the free world, our Commander and Chief.

We need you to be more commanding.

This is a defining moment for both you and the country. Yes you can speak as Commander and Chief to a distinguished white man on television and we will cheer you on. Own it.

Normally, if you were my client, I'd ask you what it means to you to be President and why it matters. I suspect you've already reviewed that along with your talking points.

In your rare and marvelous case, you can own what it means to be the first African American President who can publicly stand in his power in a situation that nobody could even imagine a few years ago.