Coaching Tip: Coach Who They're Becoming, Not Who They've Been 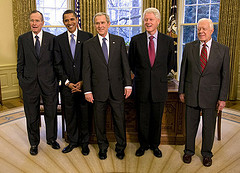 If I were to make a short list of important coaching skills, this one would be near the top.

People naturally fill the shoes you lay out for them. When you coach any client, it's really important to coach them from the standpoint of who they are becoming, not who they are at this moment, or who they have been. You'll always have a bigger, more productive conversation, if you do. Your client will grow faster and achieve their goals. They will love you for it.

I learned this because one of the best coaches I ever had, failed this towards the end and I felt the result. In the beginning, she was my greatest champion and I absolutely blossomed with her coaching and naturally stepped up to the next iteration of me. Fabulous!

Problem was, I grew quickly and she continued to coach that last iteration. Eew. That doesn't work. I soon lost interest and moved on to a new coach.

And yes, our leaders in government have their own coaches. How else would they get to the top?