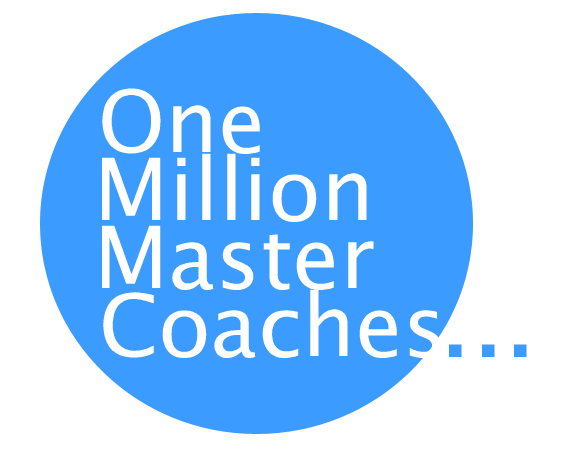 One Million Master Coaches Worldwide? It has a nice ring, doesn't it?

But what does One Million Master Coaches mean? Better said, what WILL it mean when there are one million master coaches in the world? That's my question and it IS a question...

I'm hoping to pique your imagination and find out what you think one million master coaches will mean when it becomes a fact and not just a fantasy. Here's why...

The growth of professional life and business coaching has been so strong over the past 20 years, that it's really a matter of time, probably a few decades, before we reach one million coaches around the world.

But business and life coaching aren't just growing in numbers, the skill level of coaches is also skyrocketing. What was considered master coaching a decade ago is not outstanding any longer.