Coaching Client Engagements: Should They Be Short or Long? 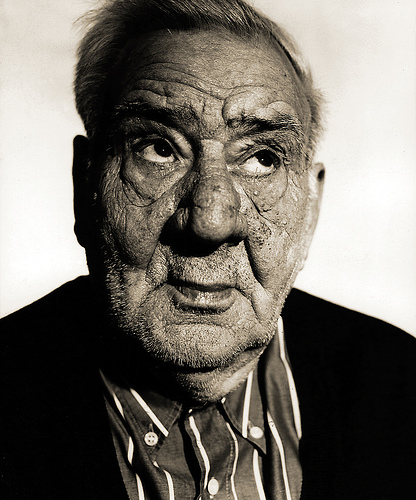 Here are my views. I find the length of coaching engagement varies according to the business model, niche, and specialty of the coach, as well as the goals of the client.

•    Shorter engagements of specific length are common to business, executive, career and corporate coaching, where the bottom line is always of high importance.
•    Lengths usually are 3, 6 or 12 months. Almost never shorter than 3 months.
•    The per-hour or per-month charge is generally much higher, $300+/hour; $500+ per month, or the charge may be for the entire period.
•    If you use this business model, know that you must be prospecting for your next clients at all times.
•    Benefit to the coach, other than the higher fee, is that you can sometimes contract to coach an entire team, department or company. In other words, it can be a very significant gig and you may need fewer gigs to support your business.
•    Benefit to the company that hires you, is that the fees are fixed and predictable and ROI is easy to measure.

•   Open-ended coaching agreements are common in life coaching and other forms of personal coaching, such as health, restorative, personal development, and spiritual coaching.
•    Minimum lengths of client engagements are 3 months. Any less than that and the client is unlikely to experience a specific outcome and may not see the value of continuing. Also, the coach is likely to get stuck on a merri-go-round, constantly trying to attract enough clients, if they allow clients to sign up for one month or less.
•    Keeping one's ego out of the coaching engagement is extremely important in open-ended client engagements and depends on on the coach's personal development and integrity. Also, having plenty of money in the bank can be  important for the coach. Otherwise, the coach may be tempted to stretch out the client engagement for the coach's financial benefit, rather than the client's personal development. Some coaches, especially those who are less well developed, assume that all coaches create dependancy in long-term coaching engagements, but that's not necessarily so.
•    In a long-term coaching relationship, the coach needs to keep an eye out for what else the client may need to work on. Periodically invite the client to a new higher level of play when you sense they are ready for it. Some clients absolutely love this, because they want to grow as much as possible. Think: Empowerment vs. Dependence.
•    Generally, coaches charge less for this type of coaching, $250 - 450/pr month or $100-200/hour.
•    The benefit for the coach is greater client stability and less marketing, although annual income may be lower than for business coaches. Benefit for the client is greater personal growth and fulfillment.

My colleagues and I have all experimented with these business models. Commonly, what we find is that when we raise our fees to over $500/month, we have no trouble attracting clients, but coaching client engagements tend to be shorter.

In my coaching business, I offer three different types of coaching. My life coaching clients focus on personal development, shadows, values, attraction, etc. My fees are lower and engagements sometimes are for several years.

I also offer mentor coaching for coaches, which includes working toward certification, business development and personal development. Fees are a bit higher and engagements last 6 to 12 months.

Finally, I offer business coaching that focuses on inbound marketing for micro businesses. Fees are higher and engagements last from 3 to 6 months.

How do you model your coaching client engagements?

The Water Cooler Forum is one of the 'hidden benefits' of membership in School of Coaching Mastery's paid coach training programs. Get your questions answered by mentors and insiders:

Coaching Tip: If You Want Your Dream to Come True, FEAR It 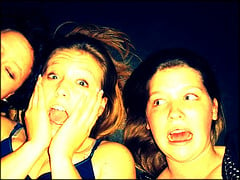 Have you ever worried about something until it finally happened and then you said, Darn! I knew that was going to happen? Did you ever commit yourself to a difficult project or take a big risk and sweat bullets until it was over? Did you ever have an impossible deadline to meet that you worked frantically to complete, maybe even pulling an all-nighter and you were constantly stressed until you finished?

Those things you worried about pretty much all happened, didn't they? They usually do.

Scientists tell us that our thoughts change the chemistry of our brains, that they strengthen the connections between certain neurons and... that there is a correlation between frequent intense thoughts and emotions and the things that actually happen in our lives.

So why do we save our strongest feelings and most intense concentration on the things we hope won't happen?

One reason is our conditioning. We live in a veritable sea of marketing and "good" advice that is awash with warnings. For example, if you spend much time talking to an insurance salesman, you may become convinced that you're living on the brink of disaster.

Fear sells and marketing loves to ping our fears. If you don't have enough life insurance, your family could become homeless. If you don't get a CPA to do your taxes, you might get audited. If you don't go to the gym, you're bound to get a heart attack.

And Boom! Some of those things happen. That reinforces them.

We use the things that happen to prove ourselves right. I knew that was going to happen! People like to be right. And the proof becomes a positive feedback loop that reinforces our worried thoughts and behaviors.

There are basically two sources of our fear. One is the lizard brain, which is the primitive part of the human brain that gives off basic warnings about any type of perceived threat. For many people, the lizard brain is eternally "on". They feel constant generalized fear and then their "higher" brain, the neo-cortex, tries to explain why they feel that fear. If I don't finish this project on time, I'll never get that raise! If I don't find enough clients this month, I could lose my house! If I don't buy a new car soon, I'm going to get stranded on the highway some night!

Here's the thing: "Bad" stuff happens to everybody. Worry doesn't prevent it. In fact, it actually invites it.

There's strong evidence that some of the illnesses that plague us in the West, but are nearly non-existant elsewhere, are common here at least in part, because we expect to get them. In other words, our thoughts about those illnesses are scaring us to death.

If you're one of those people who feels scared all the time (I admit, my inner Frightened Frieda runs on autopilot) you might as well start making up new stories about it.

Remember, frequency and intensity of your thoughts and feelings have a high correlation to what happens. Start worrying about what will happen when all your dreams come true. And start solving all those "problems", now. Then worry about the problems you can't even imagine!

Does this sound really un-coach-like? Do I have it all backwards? Were you taught that the Law of Attraction means you can get whatever you want just by thinking happy thoughts? Then who ever taught you, didn't tell you the whole story.

Yes, happy thoughts are much more pleasant and as long as they are intense enough, frequent enough and we believe in them enough, they will have a high correlation to what happens. But don't beat yourself up for being afraid. Fear is ubiquitous.

Simply put your fear to work for you. Let it add intensity to your dreams. Let your dreams wake you up in a cold sweat at night. Let them put you to work frantically creating what you really want.

Along the way you might notice a few things.

Example: I used to have an intense fear of public speaking. I'd stress about it beforehand. Then I'd get up and my hands would sweat and my voice would shake. I could hardly focus on what I wanted to say.

Until I noticed something.

I kept getting up and speaking until one day it occurred to me that I wasn't really scared; I was thrilled to be speaking! My excitement about it was so intense that it felt really unpleasant, like I was petrified.

After I made that shift, guess what? I started getting invitations to do a lot more public speaking. Now I pretty much make my living at it.  And I have a lot more fun!

My lizard brain and neo-cortex had been telling me my intense feelings were terror, but by noticing, I had the opportunity to change the story.

Next time you're overcome by fear, your might tell yourself you're doomed to reach your goals and that they are probably bringing you a whole boat-load of new problems. Let yourself get all worked up about it and then get into action making it all come true.

Fear is just energy for getting things rolling. By the way, the antedote to fear is action.

We have quite a few more tools for reaching your dreams in our Personal Development for Coaches courses. Several of them are coming up over the next few months.

Thanks to Rev.s Marigene and Larry DeRusha for inspiring me today. 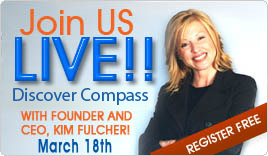 Nic Askew (Monday9AM Films) has busted us. If you're just dog tired of the whole thing, take a break here: