How Does Positive Psychology Coaching Work? 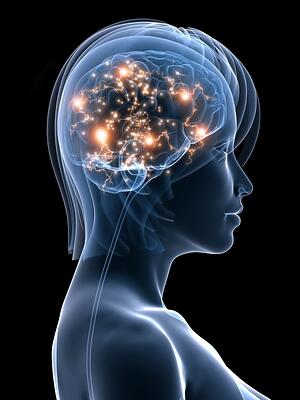 I've blogged a lot about positive psychology coaching, in the past couple of years. It gives coaches and their clients a precision instrument for building happiness, success, and ease. But recent discoveries that point to how and why positive psychology works are truly fascinating!

You probably already know what positive pychology coaching is; it's evidence-based coaching that puts in action what positive psychology researchers have discovered about the power of positivity and how it promotes happiness, health, and success.

But just exactly how does positive psychology coaching promote happiness, health, and success?

Well, there are a number of scientific theories, such as systems theory and quantum theory, that can help to explain how positive psychology coaching works, but the explanations are speculative, at this point. No one has yet traced those theories, step by step, to document how exactly they influence human behavior and outcomes. It just makes sense that they do.

The field of neuroscience, on the other hand, thoroughly tracks what happens during insights, actions, learning, and repetition, explaining in detail what happens and why.

Neuroscience explores how the brain works via brain scans and other high-tech tools. It literally looks at what goes on in the brain at the cellular, and even the molecular levels, and they are quite surprising!

In fact, some coaching leaders, most notably, David Rock, go so far as to say neuroscience is the scientific field most closely related to coaching, in part, because it came of age during the decades when coaching was being born, so coaching has relied heavily upon it.

Contrary to previous assumptions, an absence of mental illness does not automatically produce happiness, health, and success. That latter state, often referred to as well-being, is a separate thing. It can exist, counter-intuitively, along side mental illness, or it can be completely absent in someone who is free of mental illness.

It follows then, that if we want to be happy (and everyone, from the Dalai Lama to Tony Robbins, says that's what every human being really wants), we need to understand the tools that produce happiness.

And here's critical news for coaches: getting what we want doesn't make us happy, at least not for more than a day or two. Happiness is literally an inside job. Anyone can have it, regardless their circumstances or mental health.

Up until now, only a lucky few stumbled onto the tools that produced lasting happiness. Yes, philosophers and spiritual teachers theorized and taught how to lead the good life for millenia, but they didn't always get it right. Today, maybe, just maybe, we can get it right - for everybody.

So solving your client's problems, or even helping them get what they want, falls short of positive psychology coaching's true power to transform client's lives from striving to thriving.
Is all this making your brain hurt? Take a musical "happy break".
Learn more about coaching with neuroscience in this upcoming module.
Learn about positive psychology coaching here.
Or go all in: Sign up for the new Certified Positive Psychololgy Coach Program.
Learn more here: