Coaching the Curse of the High Achiever 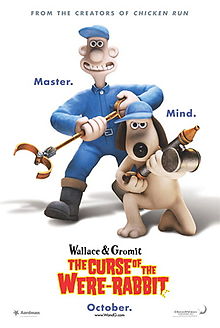 Have you ever wondered why someone as smart and talented as you hasn't already achieved everything you want?

Let's face it, you could be twice as smart as Gromit, but still be playing the part of the dog, instead of the master.

Even if you're a natural-born high achiever, your life may not look it, even though it 'should'.

I coach high achievers, so I'll share some clues about this counter-intuitive curse with some help from the Harvard Business Review.

Harvard knows a thing or two about high achievers.

In The Curse of Being a High Achiever, Harvard Business Review shares common characteristics:

Mostly great stuff, so what makes high achievers so cursed?

HBR says High Achievers get so used to success that they stop taking risks and then their careers plateau. I'd agree that fear of making mistakes is a chief reason for low achievement, but there are a number of more subtle reasons that high achievers don't succeed.

I call these relationship habitats. Once I had a very smart coaching client who never reached her dream of becoming a physician, because no one else believed in her or her dream. I had another client who became a physician only because his parents wanted it. Which leads to another big reason you may not be reaching your goals.

What's the secret to overcoming the curse of the high achiever? If high achieving is holding you back, HBR says, "Then you must adopt counterintuitive practices that give you the courage to step out of your comfort zone."

In The Curse of the Were Rabbit, Gromit saves they day by looking well past the obvious to see that (spoiler alert) Wallace is the actual Were Rabbit. Gromit then takes steps to change Wallace back into himself and thus salvages both Wallace and the town's vegetable patches.

But Wallace and Gromit still maintain their same relationship, with Wallace the master and Gromit the dog. We, the audience, know better and that's what makes the film amusing.

It's possible (quite likely, actually) that Gromit loves Wallace so much he wouldn't have it any other way, but it's equally likely that he isn't really aware of what he is doing.

We never know whether people will support us in our dreams until we make a stand. Only then will we know which matters most to us. And before we can do that, we need to know what our true dreams are and, most likely, we need someone who genuinely believes in us and acknowledges us and our dreams.

It's a 'catch 22'. We can't find out who will believe in us until we make a stand, and we can't make a stand unless someone believes in us.

This is why people hire coaches.

Never underestimate the power of your relationship habitat, because it will make or break you.

If you want to make major upgrades to your life, career, or business, hire a coach who honestly believes in you. It's not magic, but it'll feel like magic to you.