Coaching Blogs: Why You Need to Be Both Reading and Writing Them 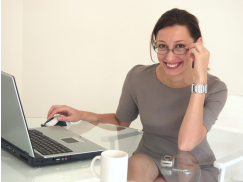 The internet is a wonderful tool for helping coaches and clients connect.

And although professional coaches spend part of every work day online, most aren't using the net efficiently.

Gone are the days when having an online brochure (a.k.a. website) was enough. The internet is built for interconnectivity and if you're using it for one-way communication only, you're misusing it.

Having a coaching blog can increase your online attractiveness exponentially, but most coaches blunder into the blogosphere with no plan or strategy and frequently, no clue! If you're a coach who has a blog, but isn't sure how it can attract clients to you, here is a major step that you may have missed:

Success in  the blogosphere begins with other people's blogs, not your own. 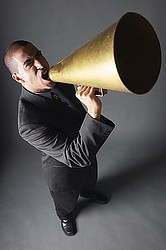 If you were born before the year 2000, then you grew up in an age where business success was built on advertising and promotion that was one-way. To get the word out, you broadcast your message by interrupting people who were pretty much your captive audience. Think: TV commercials and subway ads.

Rarely is that the case, anymore. Today, people record TV and fast forward through the ads and they read blog posts on their iPhones, while taking mass transit.

If you're still trying to broadcast your message, nobody is listening.

Maybe it's just me, but I think business and life coaches break this rule almost more than anyone else on the net. Are you one of those coaches? If you are using your blog or Twitter or Facebook or Mastery Coach Exchange as a broadcast-only tool, you're missing both the point and the value.

Every good blogging strategy starts with reading a lot of blogs and subscribing to the ones that really speak to you. This not only keeps you well informed, it gives you a change to absorb what really works in blogging.

You may want to comment on some posts. This is your first step toward "intercommunication".

Once you're a bono fide member of the blogosphere, you're ready to start blogging and attracting, yourself. We teach this topic in far more depth in the new Coach 100 Business Success Program at SCM, but if you're not ready to jump right into coaching success, then at least take a baby step toward it by subscribing to this blog.