Coaching vs. Therapy: The Ick Factor 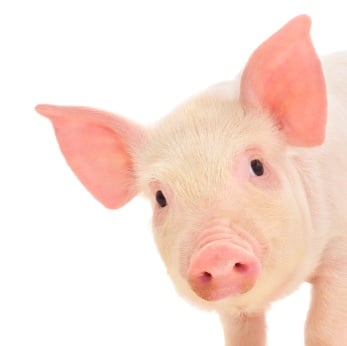 The "coaching vs. therapy" issue has been debated by coaches and therapists for years.

It came up for me in two completely different episodes, recently. One was in a coaching session that I observed where a coach/therapist brilliantly used a therapy technique and got the response they were after, but elicited considerable resistance from the client, in the process.* It took me by surprise, because it clearly wasn't part of the coaching "rule book" and it became a catalyst for some reflection, on my part, about what actually defines a boundary between coaching and therapy, because as you know, they are very different professional services that do overlap in a number of areas.

The other situation was with a coach/therapist who I had reason to talk to for a few minutes, who was clearly not happy that I hadn't done more of something that they thought I should be doing.* It was a really icky conversation that reminded me of how there are times when neither coaching nor therapy is appropriate.

Why therapy and counseling don't work with coaching clients: This is simple. High-functioning people hate being put in too small a box and in most cases therapy or counseling feels way too small to them. The exception to this is when someone gives permission to a therapist to counsel them. Permission is everything in relationships. Coaching clients do not give permission for therapy. Period.

People with therapy or counseling backgrounds often assume that coaching will come easy to them, because of the communication skills or techniques that they have already mastered. In some cases this is true. In many more, it is actually a hindrance, because the style of communicating that may have served them well within counseling situations, irritates coaching clients. I remember observing a coach who had previously been a child counselor.* Their clients, who normally were quite open to coaching, kept shutting down. It was because they were using their "child counselor" voice, which was offensive to their high-functioning adult coaching clients!

Subtleties make all the difference.

Even when the communication style is completely appropriate, therapy techniques will feel manipulative to a coaching client, because in therapy there tends to be a bit of a "one up, one down" relationship, where the client has agreed that there is something wrong that they need the therapist's help with. In coaching, the relationship is always between equals and the client doesn't need to be fixed. Get tricky with a coaching client and, even if you succeed in the short run, you'll pay for it down the line with a less open and less trusting client.

That brings me to my icky conversation. The person I talked with tends to communicate with me from a coaching/counseling approach, even in emails. This is alwaysinappropriate, unless the person you're communicating with gives permission. It is presumptive and rude. Virtually always, when a coach thinks someone needs their help, their ego is getting in the way. The other person will sense this and shut down.

It's like that old saying about why one should never try to teach a pig to sing. It doesn't work and it irritates the pig.

In this case, calling the coach on what she was doing didn't help. To make matters worse, she seemed to be using her "therapist voice". Yucko. When the conversation was over, I remember thinking, "God I hope I never run into her again!"

I was one irritated little piggy.

After later reflection, I realized that while there were many reasons I chose the path I took, which this person clearly wasn't satisfied with, there was another, more subtle reason: I had gradually shut down over a period of months, because of their meddlesome, coach-y, I-know-what-you-should-be-doing-better-then-you-do style of communication. By the time we came face to face, it was already over.

The Ick Factor will get you. Clients will shut down. Friends and acquaintances will avoid you. People will do less of what you want, instead of more. (They might even blog about it! ;-)

*I purposely made these stories vague, because the details aren't important, but the ramifications are.