Coaches Are Changing the World 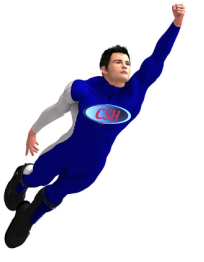 "Never doubt that a small group of thoughtful, committed citizens can change the world; indeed, it's the only thing that ever does." - Margaret Meade

I just spent a week with 200 inspiring folks who took 'Coaching for Plumpy Nut'. Together their contributions saved about 60 children. That's pretty major.

This morning I was lying in bed trying to fathom that. How desperate would I feel if I couldn't feed my own child? How thankful would I be if someone gave me what I needed to keep that child alive?

It doesn't seem fair that we have the power to do this so easily, when others don't. Makes me thankful for the kind of problems I have! I got a lot of notes from people who said they wished they could give more, but they've been out of work for over a year, etc.

It's incredibly enpowering to give even at a time when many of us have less. It's easy to feel like 'less than' when you have less money. But it doesn't take that much to change the world, just a willingness to do what you can with what you've got.

All I did was offer something I enjoy sharing in exchange for people making a contribution. I admit it kept me incredibly busy this week and at one point, I wondered what lunatic wrote my schedule (me), but it's over and I'm looking forward to seeing the inside of my gym again.